Watch the traditional Japanese entertainment as All Nipon Airways (ANA), in cooperation with the Japan Foundation, Manila, brings back ANA Yose Rakugo in English at Carlos P. Romulo Theater in Makati this January 26, 3 p.m. 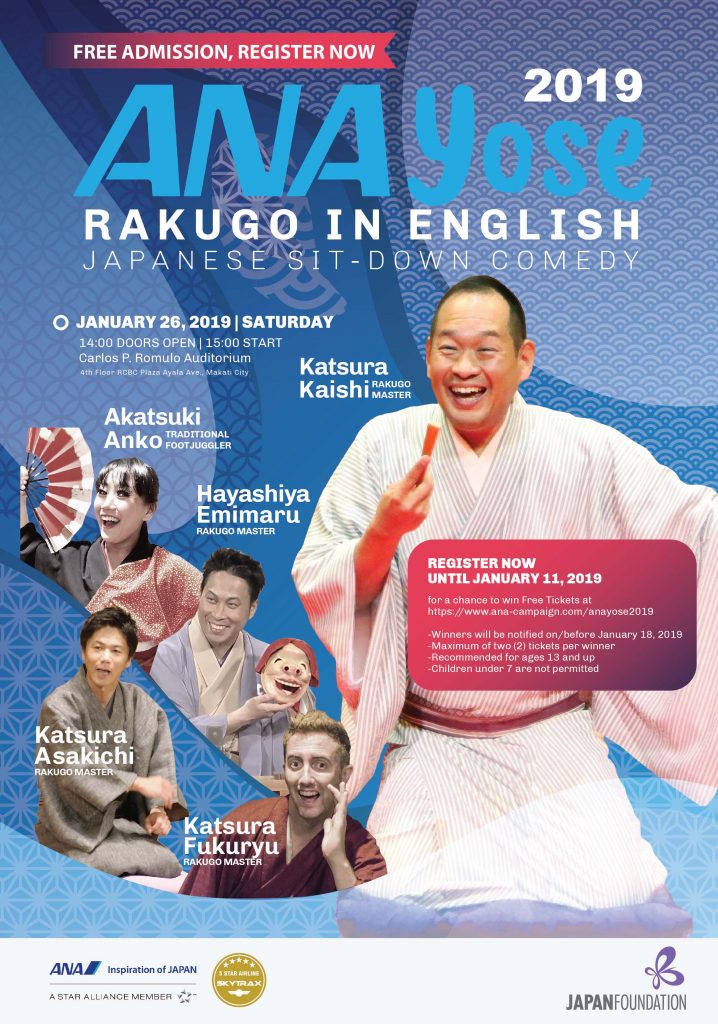 Rakugo is a comic storytelling art in Japan that entertains people for over 400 years and is still enjoys wide popularity to this day. 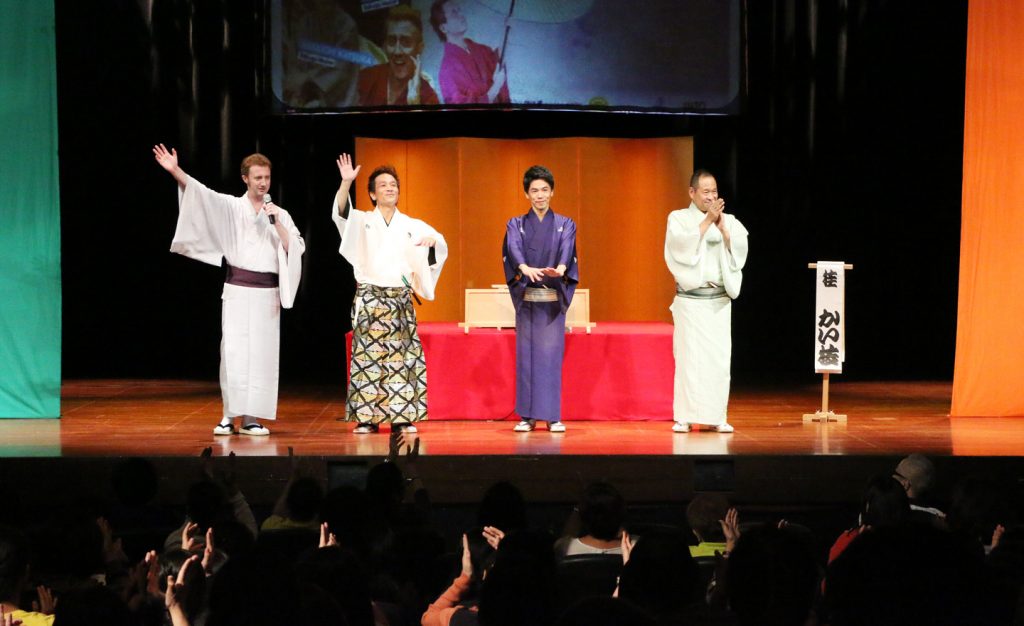 This Japanese sit-down comedy is narrated by a Rakugo master himself, who throws humor while playing out different characters such as Samurai, Geisha, Merchant, Burglar, Child or Drunkard. The narrator is normally wearing a kimono and sitting on a small cushion using only a Japanese fan (sensu) and a hand towel (tenugui) as props. 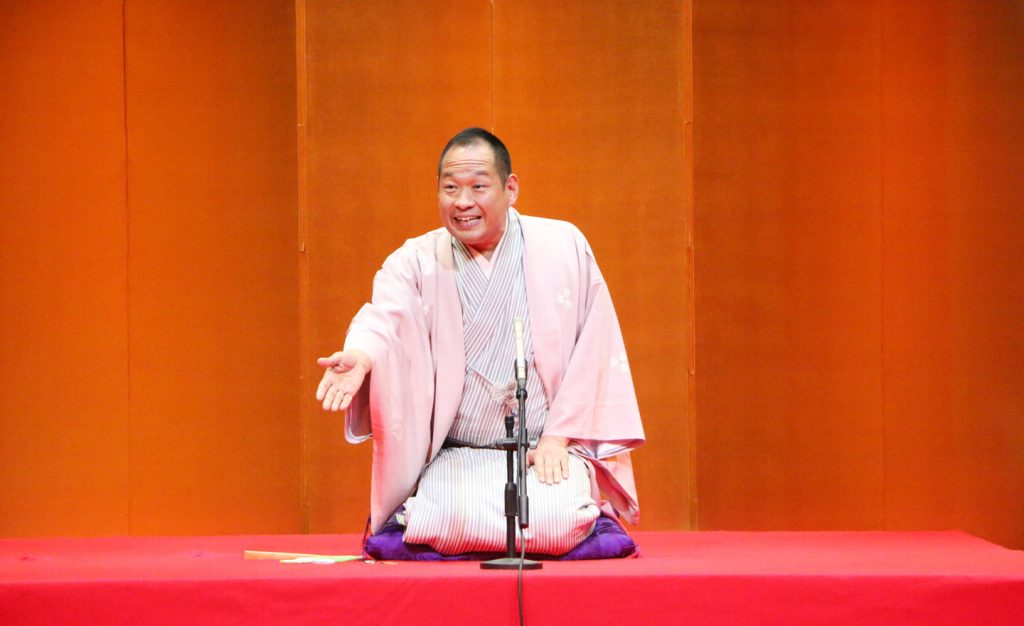 It is said that 800 professional Rakugo performers exist in Japan, and ANA has invited five of them to deliver this classic entertainment to the crowd here in Manila. For this year, featured performers are:

Tickets are free but will be awarded on a lottery basis. Each winner (provided with maximum of 2 tickets only) will then be notified through e-mail on or before January 18.

The show is recommended for ages 13 and up; children under 7 are not permitted in the theater. Winners are requested to enter the theater at least 15 minutes before the show starts.

This is a press release. Minor edits were made prior to publishing.
Images courtesy of ana-campaign.com.