The internationally renowned singer, songwriter, and actor with a distinct and recognizable baritone voice, Josh Groban is coming to the Philippines for the Bridges Tour. Celebrate post Valentines with him at the SM Mall of Asia Arena this coming February 22, 2019.

The 35-year-old Los Angeles native Josh Groban is the only artist who has had two albums land on Billboard’s list of 20 best-sellers of the last 10 years. He has established himself in the music scene since his self-titled 5x platinum debut in 2001. His hits include a cover of You Raise Me Up, The Prayer with Celine Dion, Evermore for the hit remake of Beauty and the Beast, and To Where You Are.

Groban has appeared in both movies and television in shows such as Glee, The Office, Crazy, Stupid, Love, and The Hollars. In 2016, Groban made his Broadway debut as a central character in Natasha, Pierre & The Great Comet of 1812, which opened to glowing reviews. 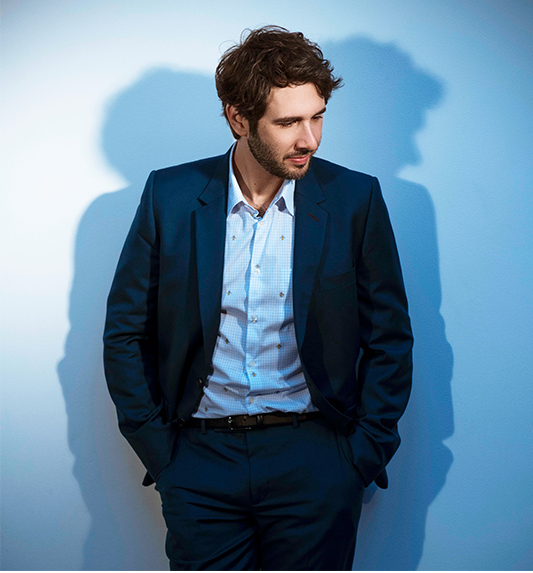 For his upcoming tour in Manila, Groban will be performing songs from his Bridges album released last September 2018. Included in the 12 tracks with both cover and self-written songs namely Granted, Bridge Over Troubled Water, 99 Years, and River.

Bring your loved one as Groban serenades you this Valentines season with his enchanting baritone voice at the SM Mall of Asia Arena on February 22, 2019. 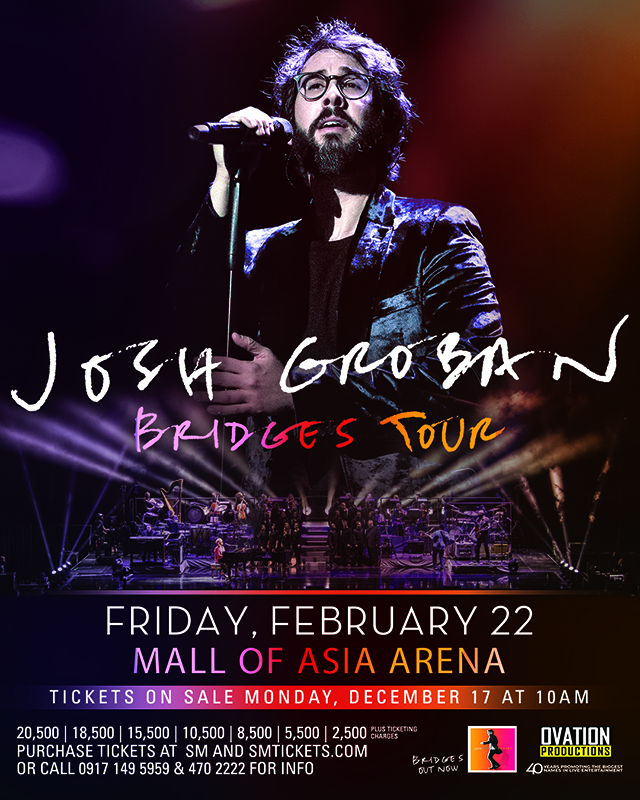