“Menotti had created a nourish opera that may stand as an allegory on tyranny. There can be no innocent accomplices to a crime of deception. Tyrants are created by the very men and women who close their eyes to the truth and prefer the cold comfort of a lie. In that rule the guiltless and the bystander are sacrificed on the altar of expedience as collateral damage. And as for the tyrant he shall be crushed under the wheels of his own machinations.” explained Director Leo Rialp in a press release. 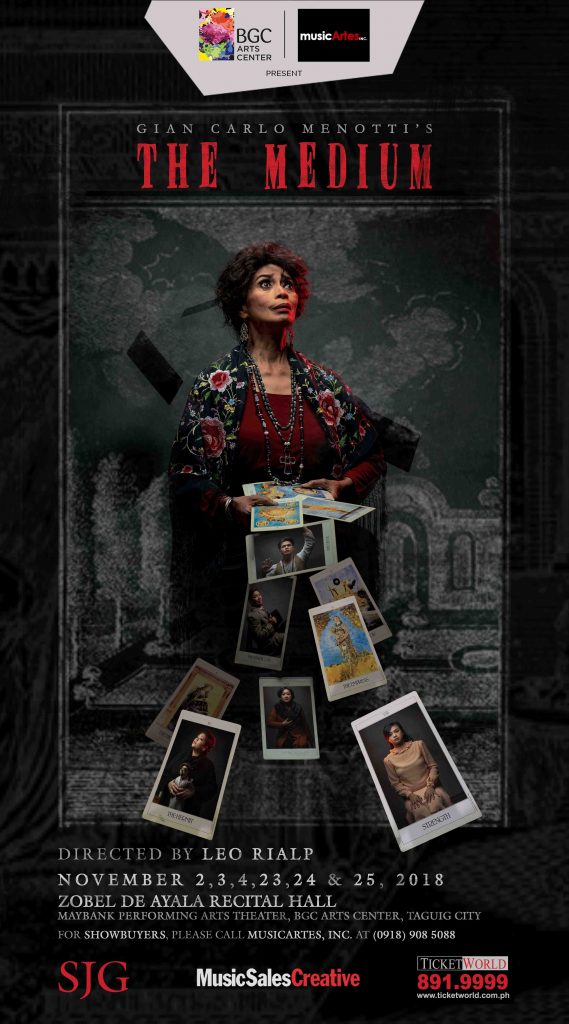 The Medium originated in New York in 1947, which is also where it had its first debut performance at Broadway’s Barrymore Theatre.  Meanwhile, Menotti orchestrated a “fil noir” version of the performance in 1951, which aimed to be showcased globally.

The Medium revolves around the ideas of showing joy, love, hope, fear, deception, and the search for truth and God. This rather emotional performance is a once-in-a-lifetime chance, so better grab your ticket before it’s gone!