The Philippines’ oldest film festival for the LGBTQ+ community, the Quezon City International Pink Film Festival (QCIPFF), returns this November 14 to 25, 2018, in three cinemas namely Gateway Cinema Complex, University of the Philippines (UP) Cine Adarna, and Cinema Centenario, with over 60 titles of international and local films from shorts, feature, documentaries, and animation. 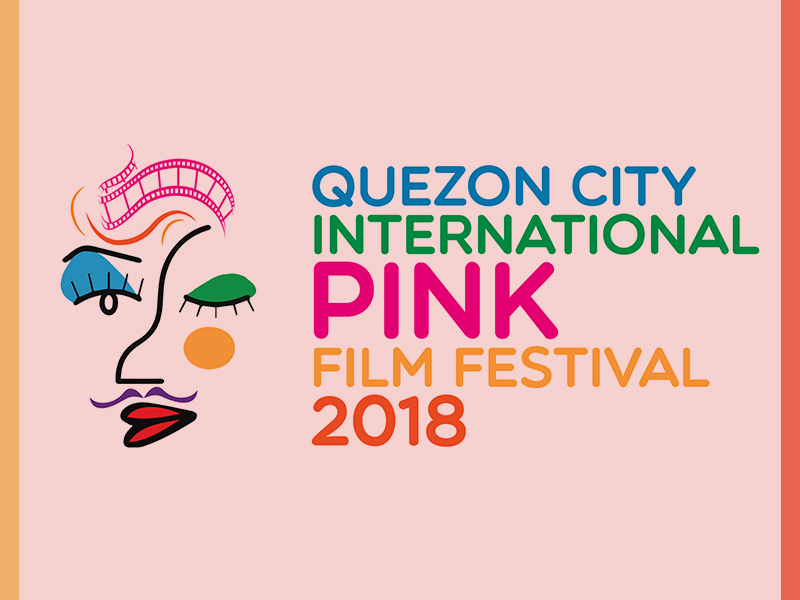 After a three-year hiatus, the Pink Film Festival is back to continue to be at the forefront of gender empowerment and awareness in the city and in the country. Additionally, this year’s edition commemorates the 79th founding anniversary of Quezon City and the centennial of Philippine cinema. 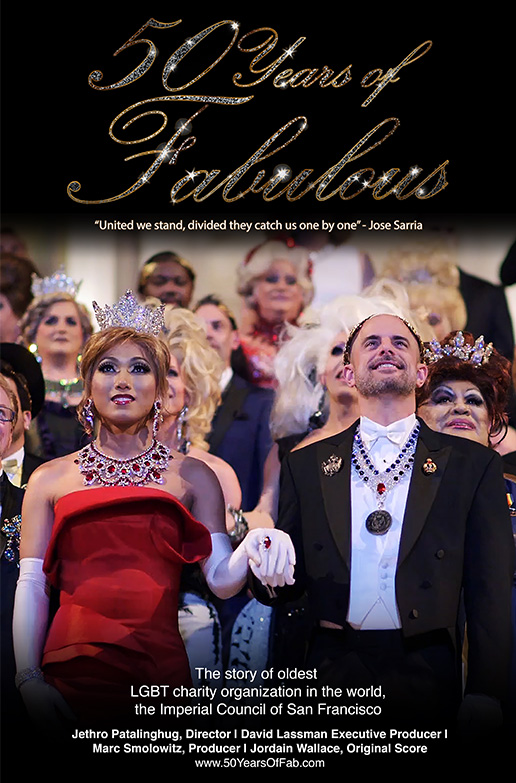 50 Years of Fabulous is an award-winning documentary on the Imperial Council of San Francisco, the oldest LGBTQ+ charity organization in the world

Starting this November 14, 8:30 p.m., at the Gateway Cinema Complex in Gateway Mall, Quezon City, is the inaugural opening with the film, “50 Years of Fabulous” (2018) a documentary by Jethro Patalinghug on the world’s oldest surviving LGBTQ+ charity organization, San Francisco’s Imperial Council.

Featured in the festival are a total of 64 international and local feature and short films. Filmmakers and actors from the United States, Brazil, Indonesia, Tonga, Spain, Taiwan, Japan, Thailand, Syria, Turkey, and the United Kingdom will participate in this year’s celebration. 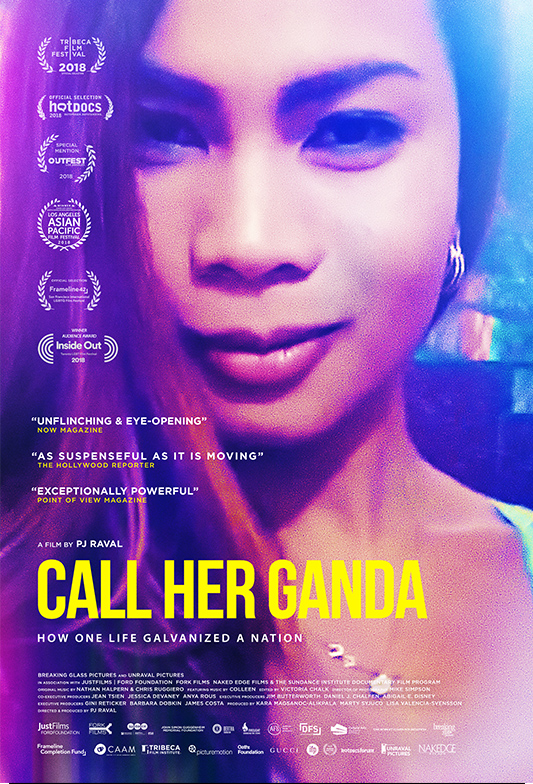 Call Her Ganda (Call her ‘Beautiful’) is a documentary on the life of Jennifer Laude, a hate crime victim in the Philippines

Featured in the Pink Film Festival 2018 international lineup are films celebrating gay pride and sexuality such as Brazil’s “Liquid Truth,” Japan’s “Boys for Sale,” and Turkey’s “Mr. Gay Syria,” Tonga’s “Leitis in Waiting,” and Thailand’s “The Driver.” While the Philippine lineup highlights PJ Raval’s documentary on the tragic life of transgender Jennifer Laude titled, “Call Her ‘Ganda’” (Call her ‘Beautiful’). 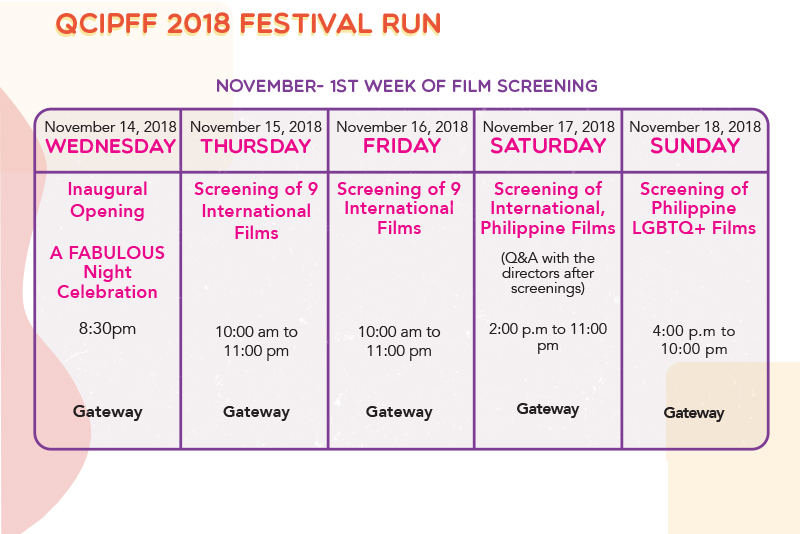 Also happening in this year’s Pink Film Festival are seminars and programs from festival partners such as Amnesty International Philippines’ talk about the current health and human rights situation concerning the LGBTQ+ community on Nov. 21, 2 p.m. at the UP Cine Adarna at Diliman, Quezon City. Project Red Ribbon Care Foundation will also conduct HIV awareness program and testing. 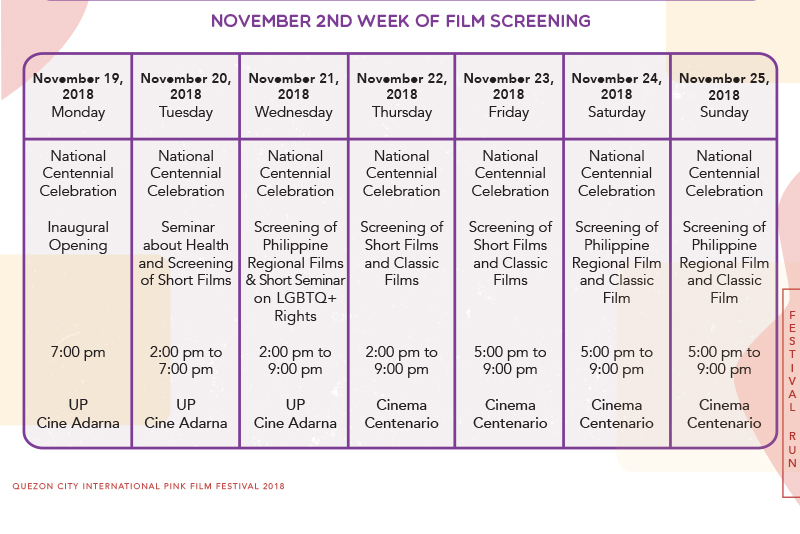 The celebration of the LGBTQ+ community films, as well as a constant reminder of health and human rights in the Philippines, the Quezon City International Pink Film Festival starts screening this November 14-17 at the Gateway Cinema Complex in Gateway Mall, Araneta Center, Cubao; November 19-21 at University of the Philippines Cine Adarna in Diliman; and November 22-25 at Cinema Centenario in Maginhawa St., Diliman. 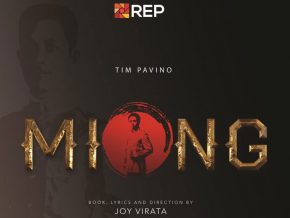 MIONG: A Musical Performance Based from Emilio Aguinaldo’s Life