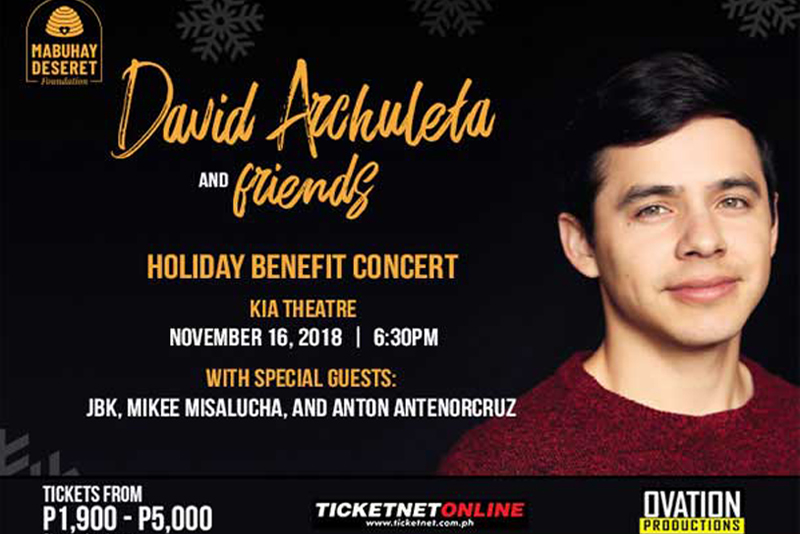 Celebrating 30 years of performing surgeries that have changed the lives of many Filipinos, the Mabuhay Deseret Foundation teams up with two astounding organizations—Ovation Productions and Charity Vision—to deliver a concert like no other. Every year, Mabuhay Deseret Foundation works with local doctors to perform surgeries such as correcting cataracts, cleft lip + palate, and clubfoot, to name a few.

This year, the Mabuhay Deseret Foundation will celebrate their anniversary with a holiday benefit concert titled “David Archuleta and Friends”. David Archuleta is most known for being a part of American Idol’s 7th season where he finished second.

Joining him at the concert will be Mikee Misalucha who is known for her appearances at the online music show Spotlight Music Sessions, ‘Tawag ng Tanghalan’ finalist Anton Anternorcruz, and the trio JBK who are known for competing on the 14th season of the X Factor UK.Tickets for the event range from Php 2, 014 – Php 5, 300 and can be purchased at Ticketnet or any Ticketnet outlets.

For more information, you can reach them at 911-55-55 or visit their website at Ticketnet.