Jazz and Samba Nights: A Series of Live Latin Music Nights at Nikkei

What’s a more ideal place to experience both Western and Eastern cuisine creatively combined into one than Nikkei, a place where a culinary fusion between the Japanese and the Peruvian cuisine happens?

This February and March, indulge in another series of nights filled with music, drinks, and food as Nikkei brings you Jazz and Samba Nights! 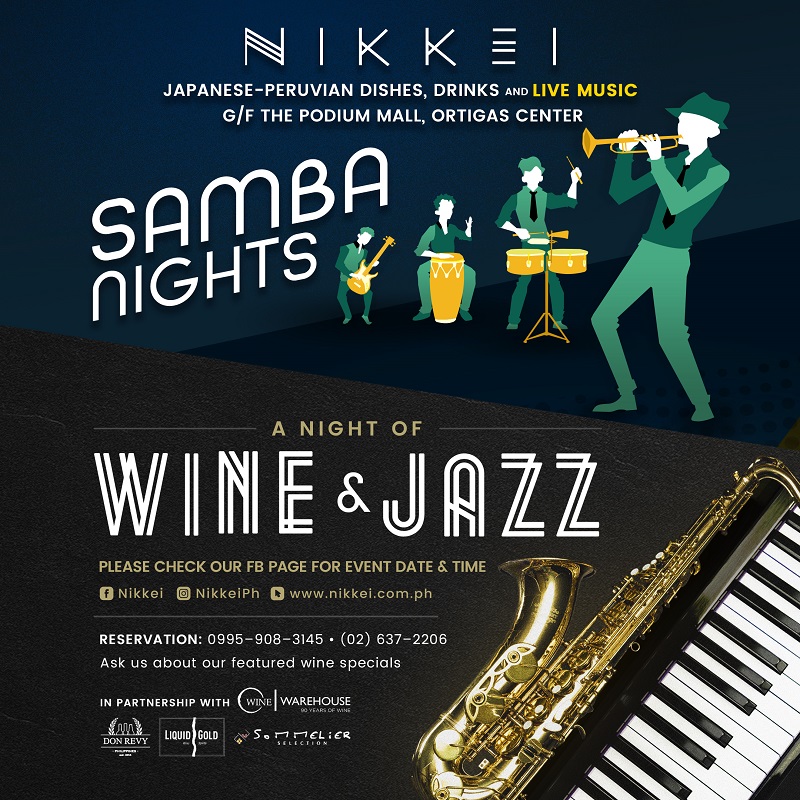 Nikkei at the Podium:

Aside from the feel-good live music, Nikkei also has a special deal for all! Get 30% off on selected wines both by the glass or by the bottle. 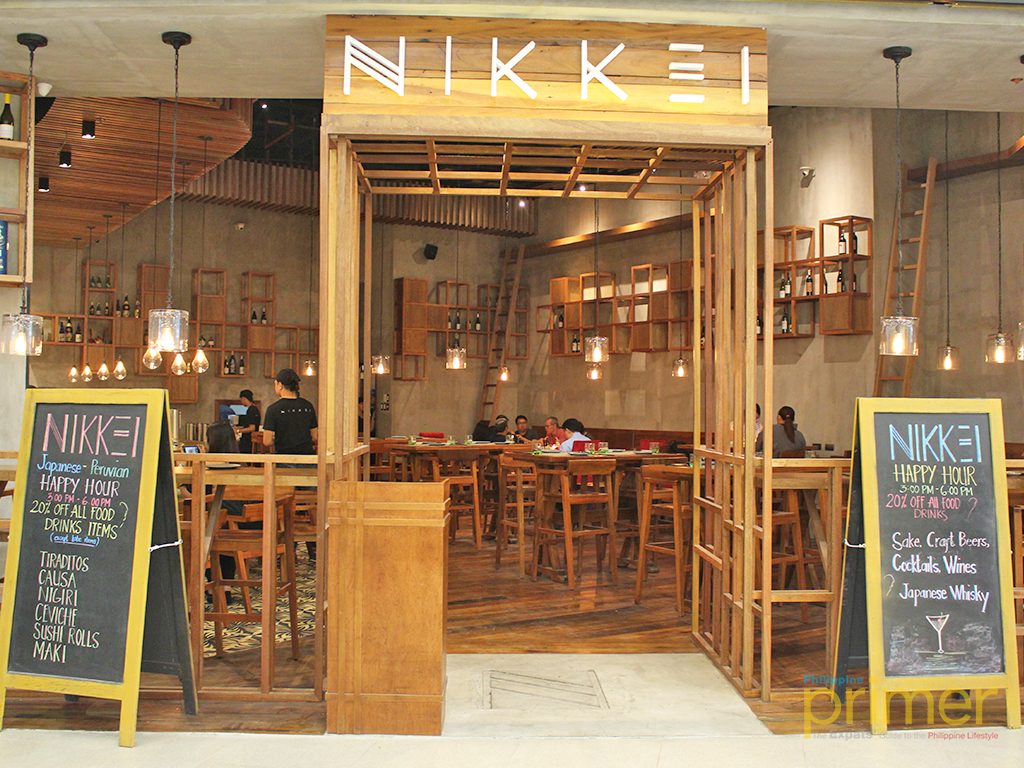 Spend your nights right at Nikkei and enjoy a company of good Japanese-Peruvian cuisine, drinks and live music! Visit Nikkei at the ground floor of The Podium ADB Avenue, Ortigas Center, Mandaluyong City and at G/F One Rockwell, Rockwell Center, Makati City. A lot of guests are expected to come, so get your reservations ready.