Waitress The Musical To Start Its Run on November 2018!

Theater fans, get ready for a slice of pie as Atlantis Theatrical Entertainment Group brings Waitress. The Tony-nominated musical that features music from six-time Grammy nominee, Sara Bareilles, is set to have their international premiere in Manila. The musical will start their run on November 9, 2018, and will run until December 2, 2018, at the Carols P. Romulo Auditorium, RCBC Plaza. 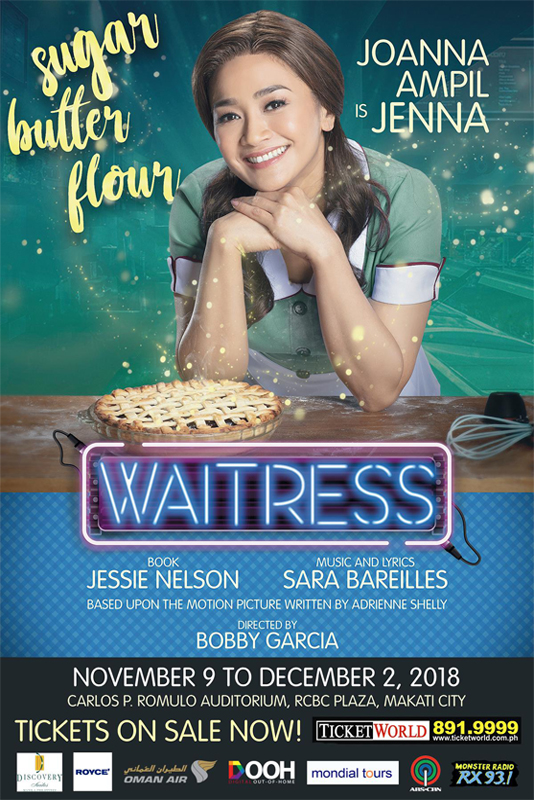 Based on the 2007 film by Adrienne Shelly, Waitress is the story of Jenna, a pie maker who finds comfort in baking despite having an uneventful life. With her friends Dawn and Becky, she finds the courage to change her life for the better and to envision a life out of her loveless marriage. The show is currently running on Broadway and will soon open in London’s West End.

Award Winning International Theater actress, Joanna Ampil will be leading the show as Jenna. She has performed in classics such as Miss Saigon and Les Miserables as well as Avenue Q and Jesus Christ Superstar. Locally, she has won numerous Best Actress Awards as Candida in the film Ang Larawan (2017). Her role as Jenna will be her first back in the local theater scene after performing as Grizabella in the international tour of Cats.

Bituin Escalante is set to play Becky, Jenna’s lovable friend and the sassy waitress. Since 1999, Bituin, who is also an influential OPM figure, has made her rounds in the local theater scene. She has also starred in Tony-winning shows such as Rent, Dreamgirls, and Once On This Island. Her role as Aling Saling in Himala: The Musical has earned her critical acclaim.

Completing the trio is Maronne Cruz. She will be playing the eccentric and neurotic character: Dawn. Maronne has appeared in countless productions including Hair, Sa Wakas, Ako si Josephine, and Cinderella. She also appeared in Mariquina, a 2014 Independent film by director Jerrold Tarog.  Most recently, Maronne performed in Ang Huling El Bimbo. 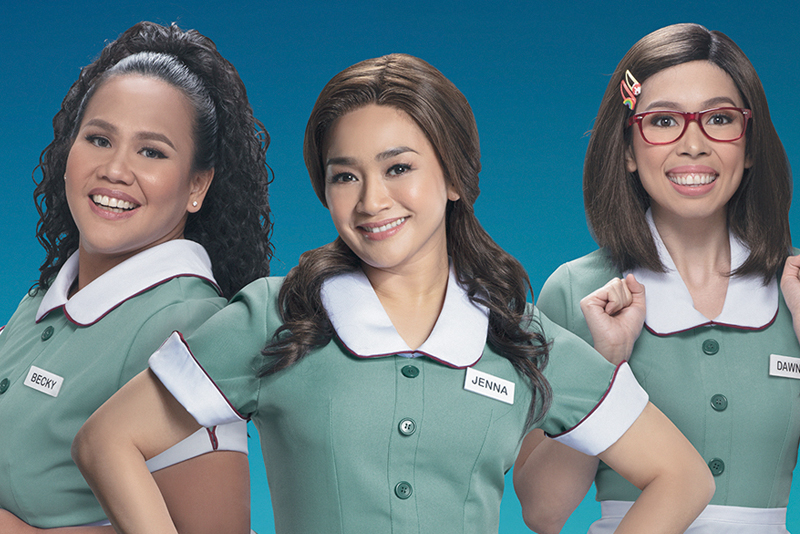 Joining the trio in the show are Bibo Reyes as Dr. Pomatter, Nino Alejandro as Ogie, George Schulze as Earl, Dean Rosen as Cal, and Steven Conde as Joe.

Bibo Reyes is notable for his performances in In the Heights as Sonny, Rock of Ages as Franz, Avenue Q as Trekky/Nicky and Matilda as Rudolpho. He was also a part of Ang Huling El Bimbo as Hector.

Nino Alejandro has released several albums and has been in the OPM scene since the 90s. Waitress is his fourth production with Atlantis after appearing in Jersey Boys, The Full Monty and The Bridges of Madison Country. Nino made is to the top 3 of The Voice Philippines with his rock vocals and ballads.

George Schulze and Dean Rosen will be making their Atlantis Theatrical debut with Waitress. George has been in productions which include Hair, Beauty and the Beast, Monty Python’s Spamalot, Into The Woods, The Horse and His Boy, and 50 Shades! A Musical Parody. Dean appeared in Monty Python’s Spamalot earlier on and made his professional debut in A Peek Into The Woods.

Steven Conde is no stranger to the scene as he has been performing since 1999. His Theater credits include Aladdin: The New Stage Musical, The Full Monty, Ghost the Musical, Shrek the Musical, Saturday Night Fever the Musical, Bridges of Madison County the Musical, Jersey Boys, Kinky Boots, and Matilda the Musical. He has also tried his hand in directing and made his Atlantis directorial debut in Atlantis Theatrical’s Side Show. 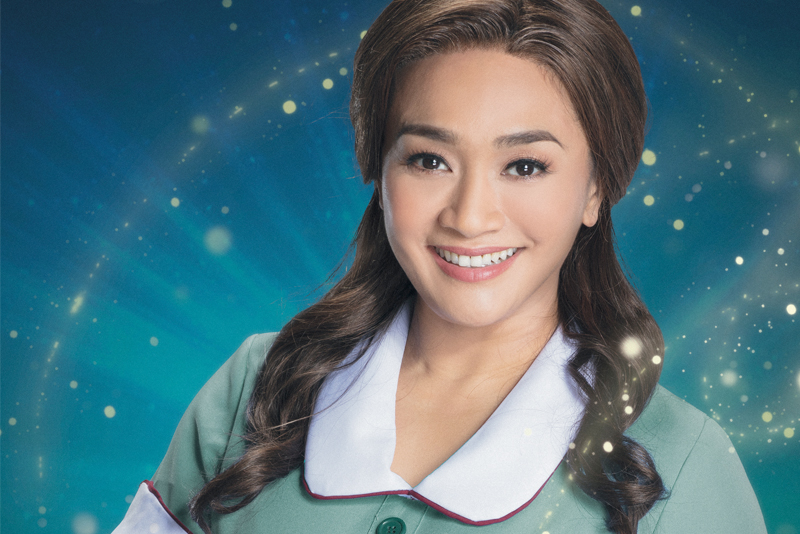 Bobby Garcia directs Waitress with Cecile Martinez as the choreographer. Tony Award winner David Gallo provides the set design while lighting design is by Aaron Porter. Musical direction is by Farley Asuncion and Sound design is by Josh Millican. Costume design is by Raven Ong, and hair and make-up design are by Johann dela Fuente. Manman Angsico is the vocal coach.

Waitress’ International premiere will run from November 9 to December 2, 2018, at the Carlos P. Romulo Auditorium, RCBC Plaza, Makati. Tickets are available at Ticketworld. you may also contact the Ticketworld office at (632) 891-9999. For more information and updates, you may visit the Atlantis Theatrical Facebook page.