For the first time ever, The Weeknd is having his Asian leg tour and Manila is his 4th stop! Happening this December 7, 2018 at the Mall of Asia Arena, The Weeknd is bringing us some of his chart-topping hits that will surely make your heads bob to the beat!

Abel Makkonen Tesfaye, known by his stage name as The Weeknd, is a Canadian singer-songwriter and producer. He started uploading mixtapes under the name The Weeknd back in 2010 and gained a lot of attention online including the Canadian rapper Drake. By 2011, Abel self-produced his debut mixtape House of Balloons, Thursday, and Echoes of Silence. The mixtapes were known as the Balloons Trilogy. 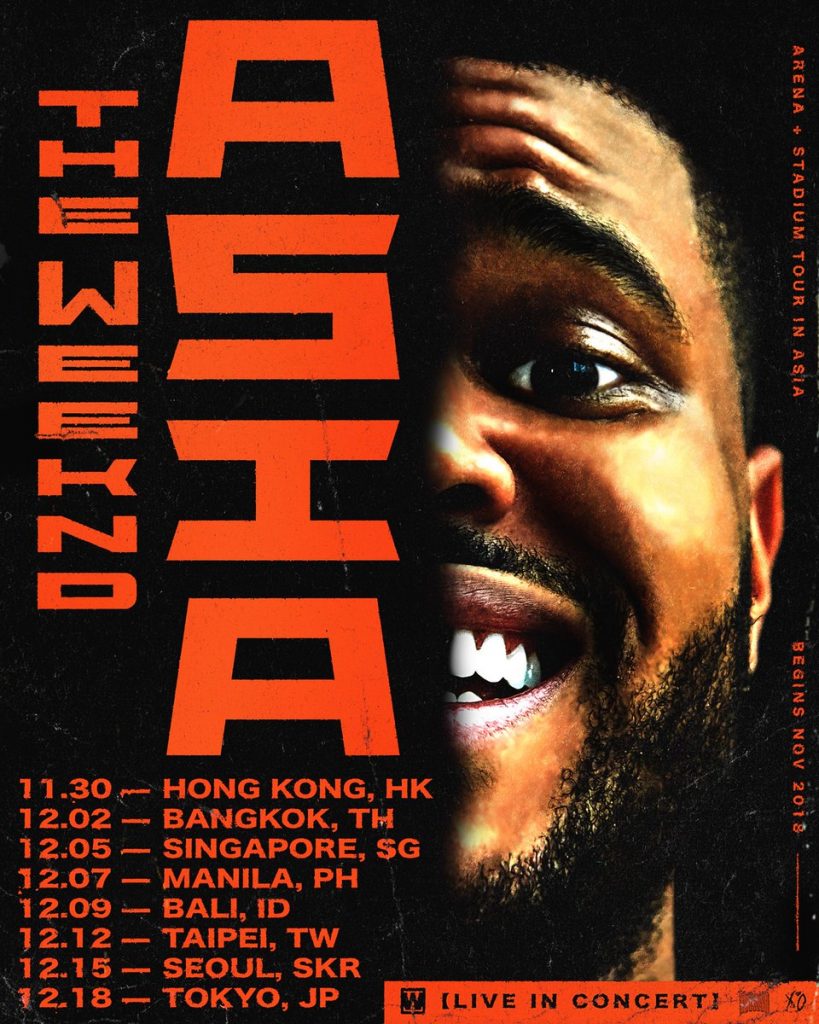 Following the trilogy release, Abel began touring the United States and Europe receiving various offers and recognition such as the 8 million downloads on the Balloons Trilogy. In 2012, Abel signed up with Republic Records and compiled his mixtapes to an album called “Trilogy” which consists of several remastered songs and three additional ones.

By 2013, he released his debut album Kiss Land, which debuted number 2 in US Billboard 200 and Beauty Behind the Madness in 2015 with 412,000 album units in one week. This year, Abel released his third studio album called Starboy and his extended play of My Dear Melancholy.

Finally bringing his hit albums and singles in Manila for the first time, make sure to mark your calendars and start saving up now as tickets will go on sale on August 25, 2018! To guide you as early as now, here’s the seating plan for The Weeknd’s concert in Manila! We’ll keep you posted on where and how you can purchase your tickets. Prices will also be updated soon! 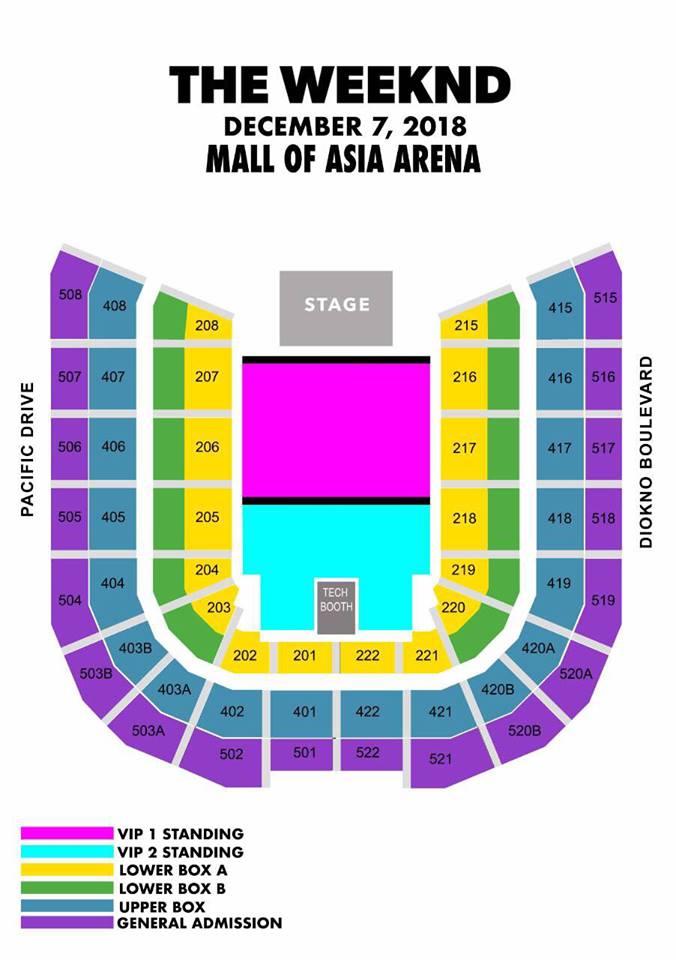 For ticket prices and selling, make sure to visit our website regularly as we update you once the ticket selling is out. For additional information, you can visit the promoter’s Facebook page at mmilive.