Immerse yourself in one night of rock music resembling punk as Bazooka Rocks, powered by PULP Magazine and PULP Live World, presents Tiny Moving Parts Live in Manila at the Skydome in SM North EDSA on September 7, 2018. 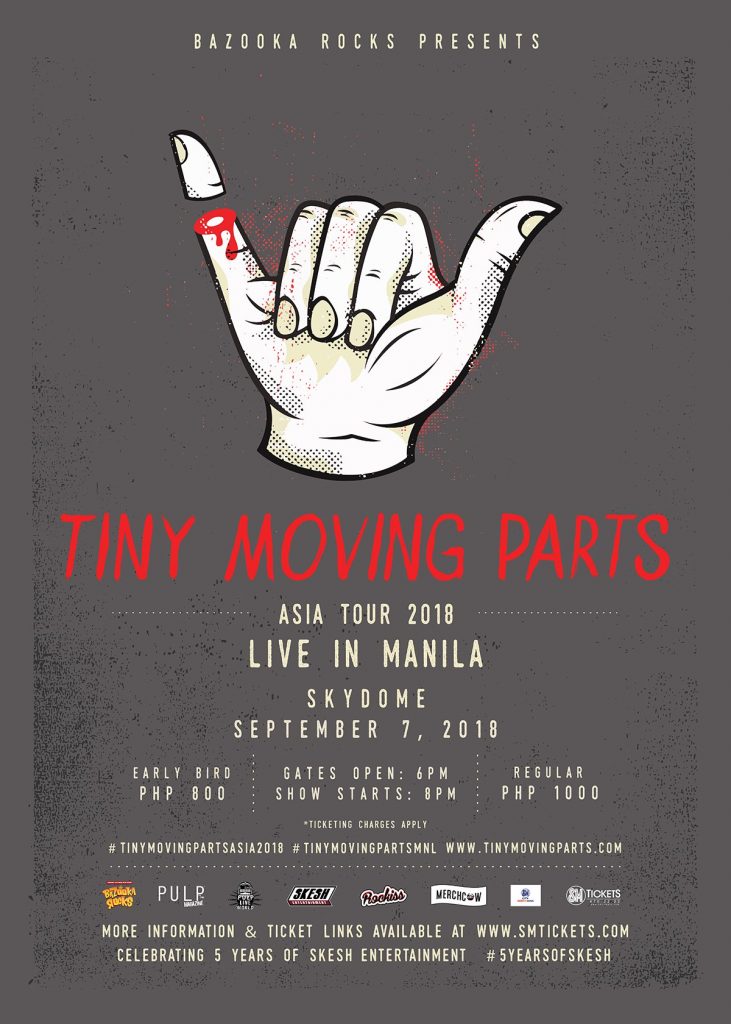 The self-described family band consisting of brothers William Chevalier (drums) and Matthew Chevalier (bass guitar, backing vocals), and their cousin Dylan Mattheisen (guitar, vocals) started playing together in junior high and have been together since then.

With hit albums like Couch Is Long & Full of Friendship released in 2013 and Pleasant Living in 2014, the Minnesota trio kicked off 2018 with the successful release of their latest album, Swell.

Moreover, they’re preparing to make their way to places they never imagined they’d get to play back when they started out jamming in basements many years ago. They’re set to return to Europe, but not until after they head to Australia and Asia for the first time ever. Manila will be the final stop of Tiny Moving Parts’ six-stop Asia Tour 2018, and its clear how special it is going to be.

Since day one, they’ve continued to develop their sound into something of their own through a number of records now, Swell being their sixth. Evolving yet consistent is how we describe their music, and this is something that makes Tiny Moving Parts so worth the listen. Swell, to many, is the best piece of work to come from the band, with tracks like “Caution,” “Applause,” “Warm Hand Splash,” and more.

Gates open at 6 p.m. and show starts at 8 p.m. Tickets go on sale on July 7, 2018 (10 a.m.) at all SM Tickets outlets nationwide and online. For more show information, visit www.pulpliveworld.com.