The hit jukebox musical Mamma Mia, featuring the songs of the Swedish pop group ABBA, is set to stage once again in Manila from September 29 to October 21, 2018 at The Theatre at Solaire in Parañaque. 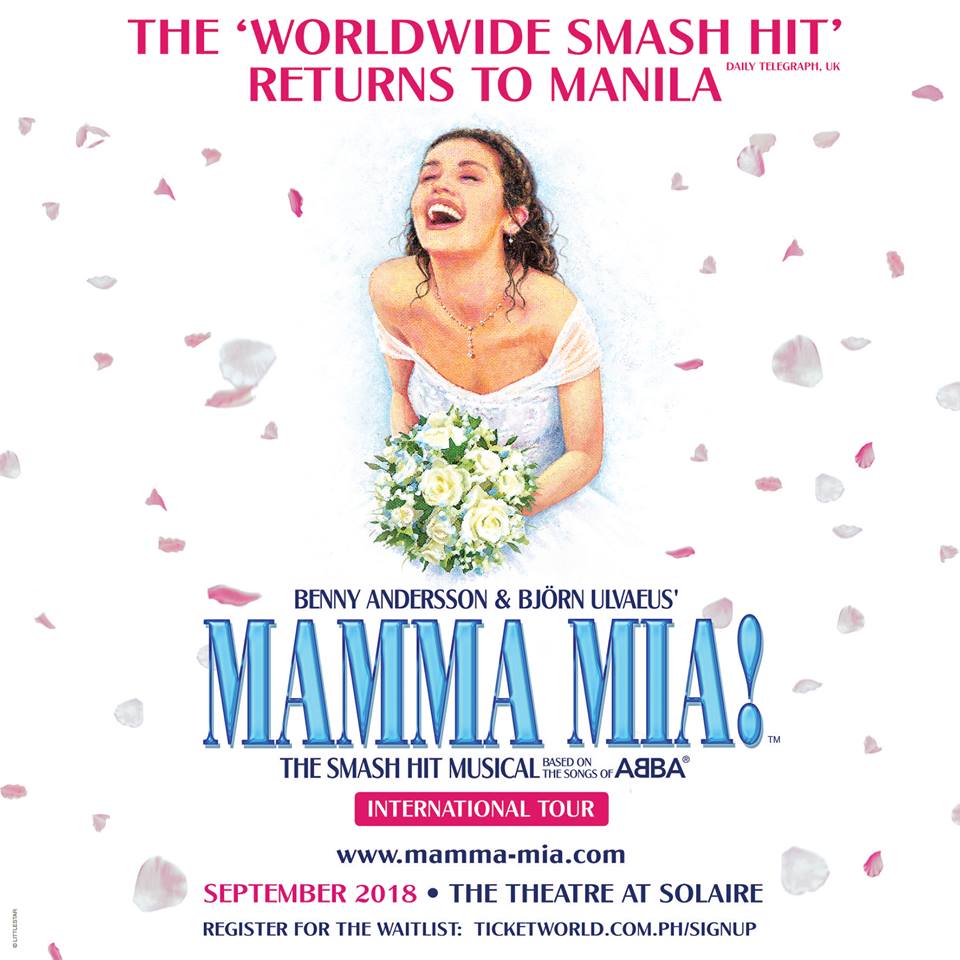 Opened for the first time in 1999, the smash-hit show follows Sophie, in search of her father on a Greek island. Laughter comes in when Sophie brings three men from her mother’s past to the island—making it a fun trip to remember. A tale of love and friendship, written by the British playwright Catherine Johnson, is magically told through the timeless hits of ABBA.

According to its official page, tickets are now on sale via TicketWorld. You may choose your show dates, times, and seats. Prices range from Php 1,550 for a D-Reserve ticket on weekdays, to Php 7,000 for a VIP pass on weekends.

Mamma Mia first performed at the Cultural Center of the Philippines in 2012 and will return as part of the musical’s international tour featuring a cast from the UK. With the hits such as ‘Dancing Queen’ and ‘Take A Chance On Me,’ it has been running both on Broadway and in the West End for more than a decade now. ABBA’s Benny Andersson and Björn Ulvaeus composed the music and lyrics, choreographed by Anthony Van Laast, and directed by Phyllida Lloyd.

What: Mamma Mia in Manila
Where: The Theatre at Solaire, Solaire Resort and Casino, Entertainment City, Parañaque
When: September 29 to October 21, 2018
Ticket Website: ticketworld.com.ph