Panic! At the Disco is Coming Back to Manila 2018

American pop rock band Panic! At the Disco is coming to the Philippines for the third time on October 20, 2018, this time at the Mall of Asia Arena for their Pray for the Wicked Tour. 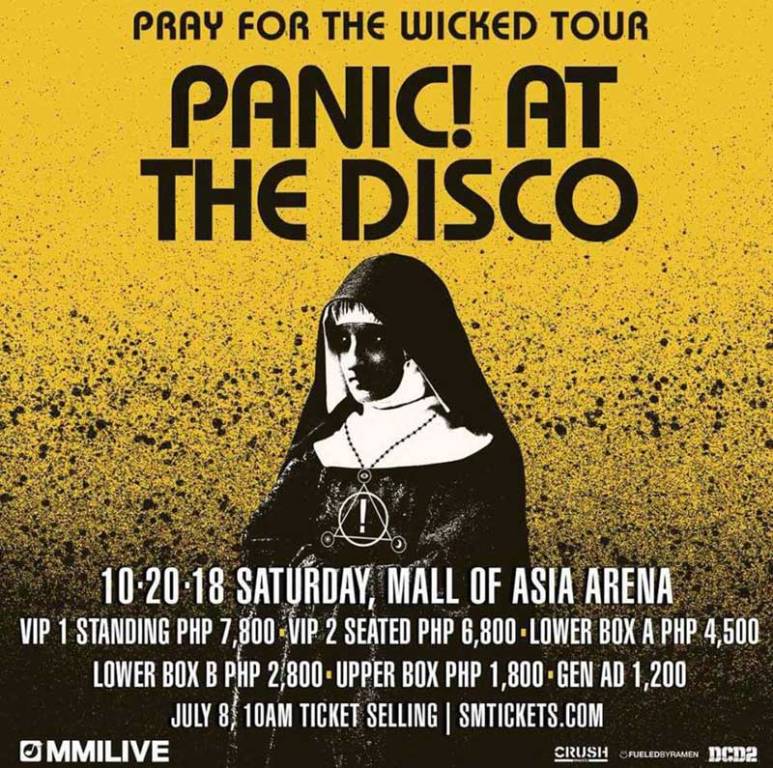 The band, headed by Brendon Urie, has been to the country twice before. They had a concert at the Araneta Coliseum back in 2008 and were one of the performers at the Mix Music Festival in 2016. Other stops for the upcoming tour include Australia, New Zealand, and Japan.

Formed in 2004, Panic! at the Disco is popular for songs such as “I Write Sins Not Tragedies”, “Nine in the Afternoon”, “Death of a Bachelor”, and “Say Amen”. So far, the band already has 5 studio albums under its belt. Pray for the Wicked, it’s 6th album, is due for release on 22 June 2018.

What: Panic! at the Disco Live in Manila Pray for the Wicked Tour
When: October 20, 2018
Where: Mall of Asia Arena, Pasay City