The wait is over! The most promising k-pop group today, SEVENTEEN, is coming back to Manila on September 29, Saturday at the Mall of Asia Arena. Witness the return of the artists behind hit songs Clap, CALL CALL CALL!, and Without You.

Seventeen is a South Korean all boy group formed in 2015. With thirteen members and three sub-groups, they are able to perform different specializations such as hip-hop, voice, and full performance units. As of January 2018, the group has released four mini albums and two studio albums. The group even came as far as launching in Japan just last May 2018 with their first Japanese mini-album, “We Make You”. 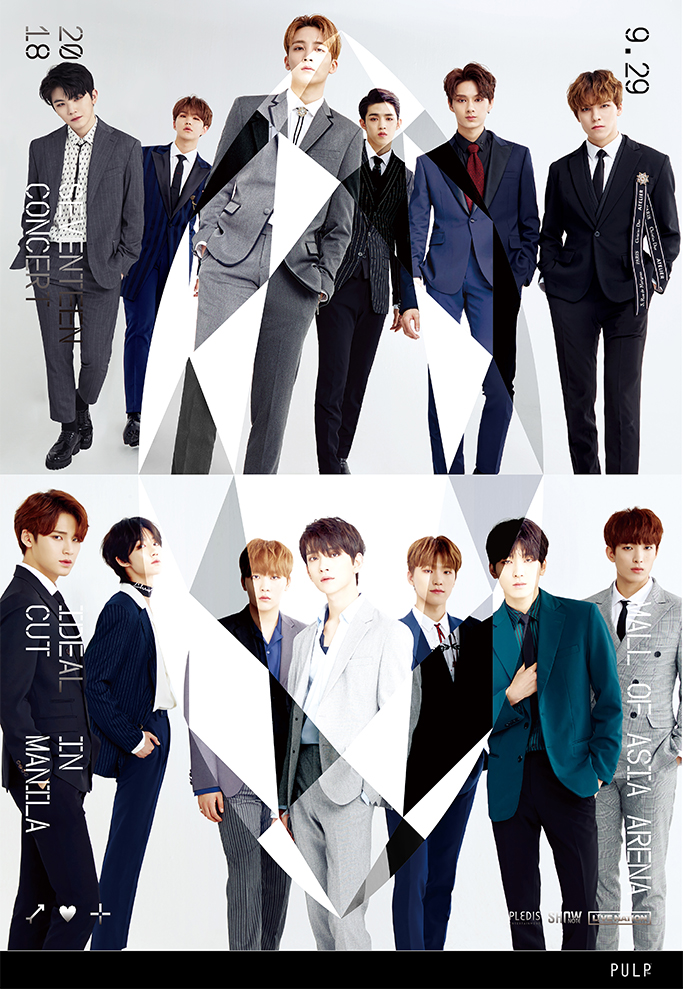 Fans of Seventeen are called CARAT following the group’s trend about diamonds. Their first Asia tour in 2016 was ‘Shining Diamonds, ‘ followed by ‘Diamond Edge’ in 2017.

Further details for the Seventeen Concert entitled ‘Ideal Cut’ will be announced by Pulp Live World and will be added here soon so keep us and our social media accounts in your tabs!