Chance the Rapper Live in Manila 2018

Catch hip-hop artist Chance the Rapper on August 22, 2018, for a one night only concert at the Mall of Asia Arena. The artist announced his upcoming tour in Asia via Instagram and Twitter. Chance will start in Osaka, and then Tokyo before heading to Manila. He will cap his short tour in Singapore. 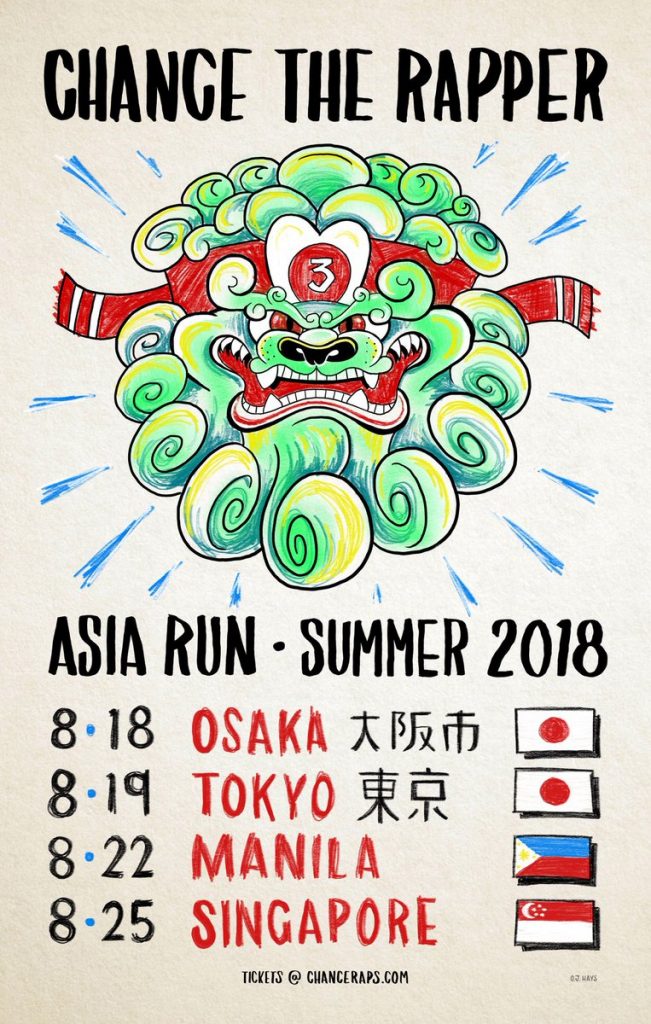 Born Chancelor Jonathan Bennett, Chance rose to fame in 2013 after Acid Rap, his second mixtape, was released. His next tape, Coloring Book (2016) also received critical acclaim and earned him three Grammy’s, Best Rap Album among them. Chance has released a total of five mixtapes. Apart from mixtapes, Chance has also released a couple of singles such as Angels, Somewhere in Paradise, and No Problem.

What: Chance the Rapper Live in Manila
When: August 22, 2018
Where: Mall of Asia Arena, Maoo of Asia Complex, J.W. Diokno Blvd., Pasay City