Continuing its tradition to introduce the best of French contemporary and classic cinema to movie-goers in the Philippines, the Embassy of France to the Philippines, Institut Français, UniFrance, the Alliance française de Manille, and the Film Development Council of the Philippines, in cooperation with the Ayala Malls Cinemas, SSI Group, Inc., and Central Square, present the 23rd edition of the French Film Festival in the Philippines. 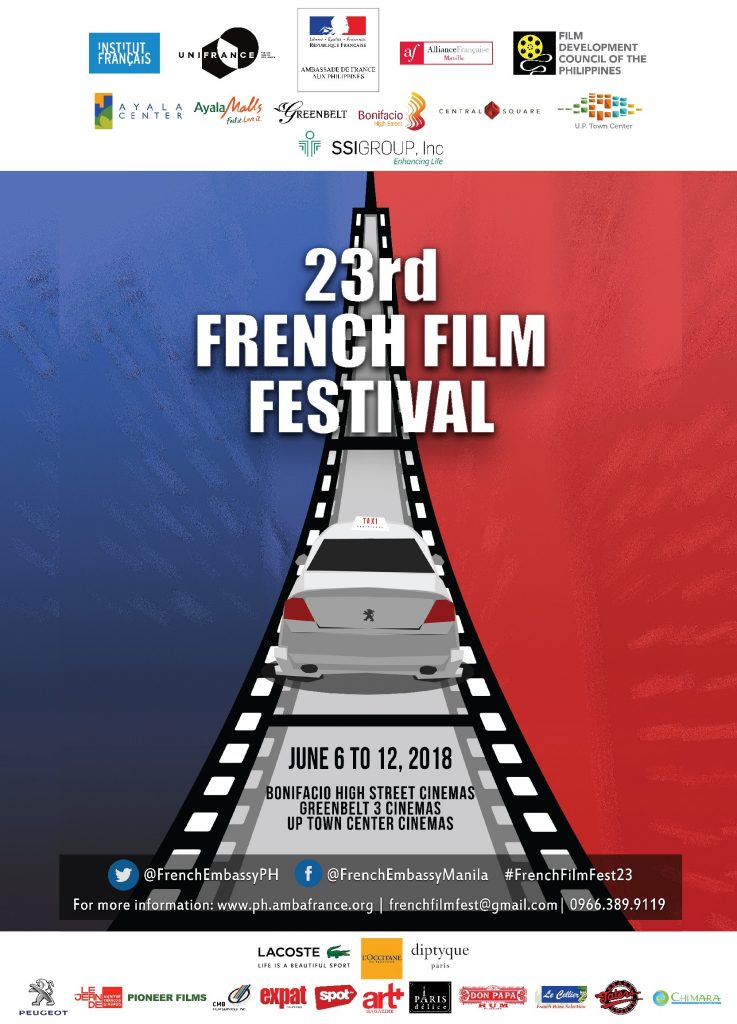 Happening this month of June in select cinemas in the Philippines, the French Film Festival seeks to let Filipinos learn more about the French culture through the films they screen. This year, 21 French films will grace Philippine theaters carefully selected for a variety of audiences.

As this year’s highlight, the fifth installment blockbuster hit TAXI will be screened for the first time in Manila during the festival’s red carpet premiere night on June 8, 2018.

Here are some of the films to be shown at this year’s French Film Festival:

Aside from the French films, the festival will also pay tribute to Philippine cinema.  Short film Anino by Raymond Red (first Filipino to be awarded the Palme d’Or at the Cannes Film Festival), Himpapawid, and recipient of Cyclo d’Or Grand Prize Bagahe by Zig Dulay will be screened on June 12 in time for Independence Day.

Tickets are priced at Php 150 for each screening and may be purchased at the box office or through www.sureseats.com.

For the full list of films and screening schedules, visit www.ph.ambafrance.org or www. facebook.com/FrenchEmbassyManila.