Witness 80s’ most beloved teen icons as they sing hits live for the first time in Manila. After 30 years, catch Tiffany and Debbie Gibson live in Manila this September 15, 2018, 8:00 pm at the SM Mall of Asia Arena! 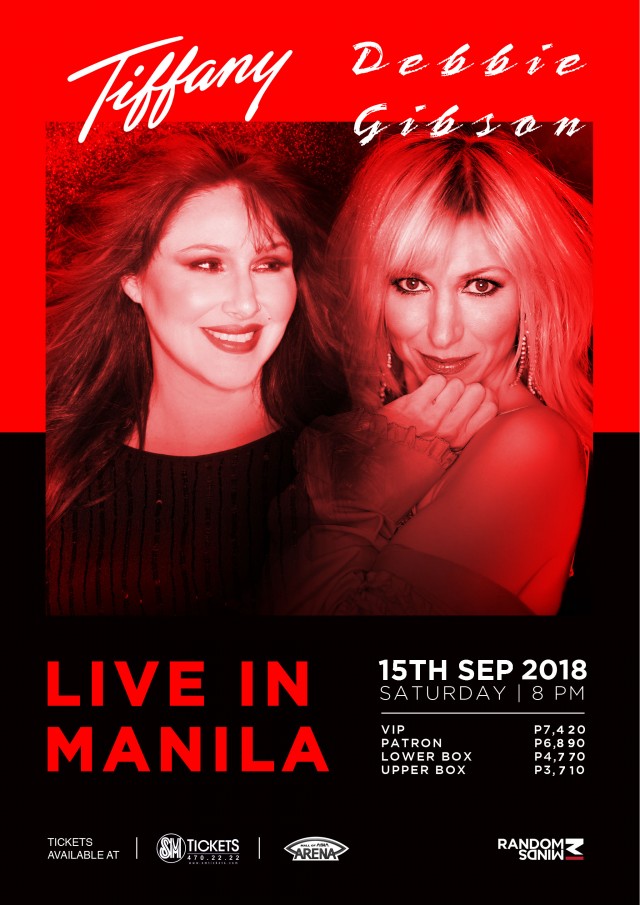 This one-time encounter with the pop royalties of their time will happen in Pasay City. See them share the stage years after their alleged rivalry on charts in their era.

Known for acquiring the top billboard chart with a debut album at a young age, Tiffany gained popularity in 1987 with songs “I Think We’re Alone Now,” “I Saw Him Standing There,”  “Could’ve Been,” “All This Time” and more that gained popularity on various music charts worldwide. With Tiffany’s second album being able to reach platinum, her voice was continuously heard and her name was recognized worldwide.

Meanwhile, Debbie Gibson made several international hits that even sold up to triple platinum.  Her songs “Out of the Blue,” “Shake Your Love,” “Foolish Beat,” “No More Rhyme,” and “Only in My Dreams” are only a few of those that gained massive popularity. Known for writing her own songs, Debbie Gibson was recognized as songwriter of the year in 1989. She also played Eponine in the renowned broadway musical, Les Misérables.

Watch a great performance with 80s queens of pop music, back to back! For more information and updates, visit Random Minds facebook page. Tickets are available at SM Tickets outlet and online.  Ticket prices are listed below.