Why Don’t We: The Invitation Tour in Manila

Atlantic recording group WHY DON’T WE, is coming to Manila for the first time for their headline “The Invitation Tour” on August 26, at the Samsung Hall in SM Aura, Taguig. Tickets to the one-day-only concert are now available online so make sure to grab them while it’s hot! 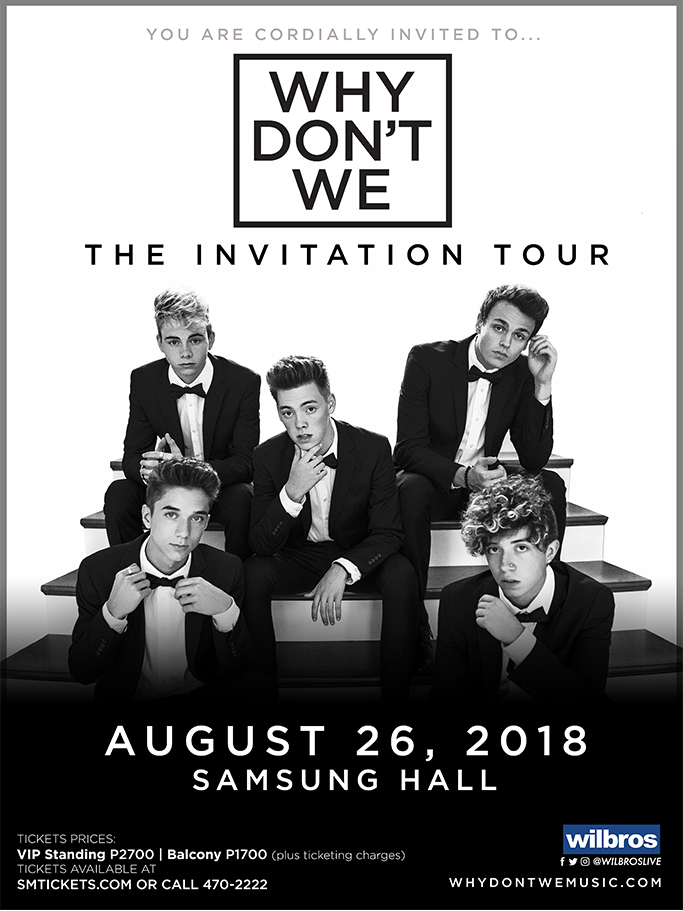 Why Don’t We is one of pop music’s biggest breakout stories. Taking an innovative and unconventional approach towards releasing new music and actively engaging their rapidly growing fanbase, the prolific young group – the quintet ranges in age from 16-19 years old – put out four EPs in under 12 months. After selling out their first-ever headlining summer tour, the band put out their “INVITATION” EP – released in September to commemorate the band’s one year anniversary – which proved an even greater success.

Why Don’t We’s latest EP “INVITATION” will be the highlight and celebration of the tour that started this May in Helsinki. The group has also unveiled the much-anticipated companion video for their latest hit single, “Trust Fund Baby”. The video shot by MTV VMA winning director, Jason Koenig, is streaming now on the band’s massively popular YouTube channel, which now boasts over 1.5 million subscribers. Written by Ed Sheeran and Steve Mac, “Trust Fund Baby” immediately shot into the Top 3 on the iTunes Overall songs Chart upon its release earlier this month. 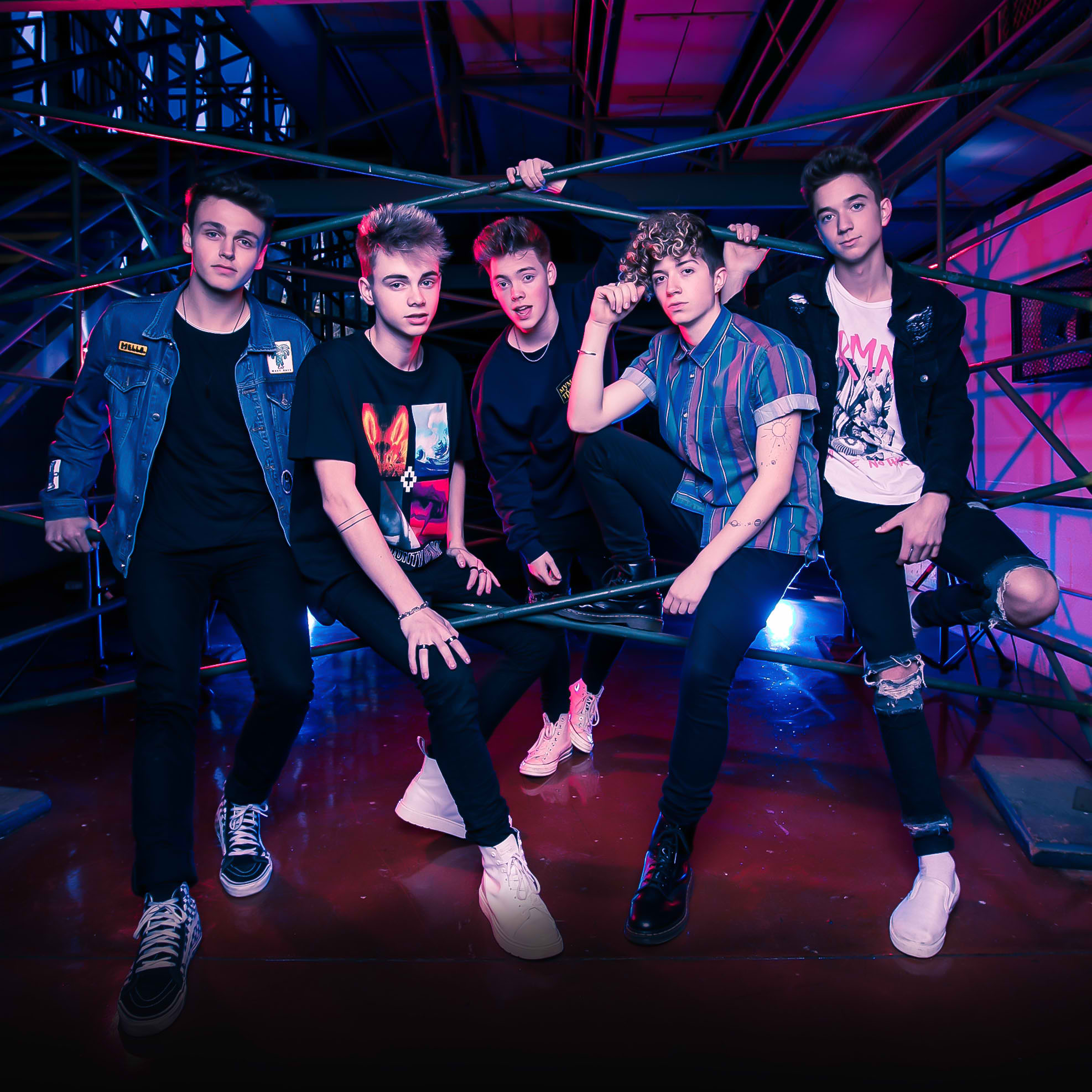 Catch WHY DON’T WE – Daniel Seavey, Zach Herron, Corbyn Besson, Jonah Marais, and Jack Avery – up close and personal in Manila at the Samsung Hall. Ticket prices start on Php 2,700 for VIP Standing, Php 1,700 for Balcony to hear the band play hits like Something Different, These Girls, Nobody Gotta Know, and more! Tickets on sale now on SMTickets.com or Call 470-2222.

What: The Invitation Tour in Manila
When:  August 26, 2018
Where: Samsung Hall
Tickets: smtickets.com