It’s official! The last stretch of the Hopeless Fountain Kingdom World Tour / Final Installment includes a date in the Philippines and it’s happening on August 10, 2018, at the KIA Theatre!

Due to circumstances, The Hopeless Fountain Kingdom World Tour in Araneta Coliseum is now moved to KIA Theatre. Tickets previously purchased for the show will still be honored at the new venue.

The GRAMMY Award-nominated multi-platinum songstress, Halsey, will be playing in the Philippines for the very first time as part of her World Tour’s final installment.

Back in 2015, Halsey released her first studio album, BADLANDS, which debuted at No. 2 on the Billboard 200 chart with close to 100,000 copies sold within the first week of its release. BADLANDS followed her EP Room 93, which she released in 2014—the year she signed with Astralwerks Records. 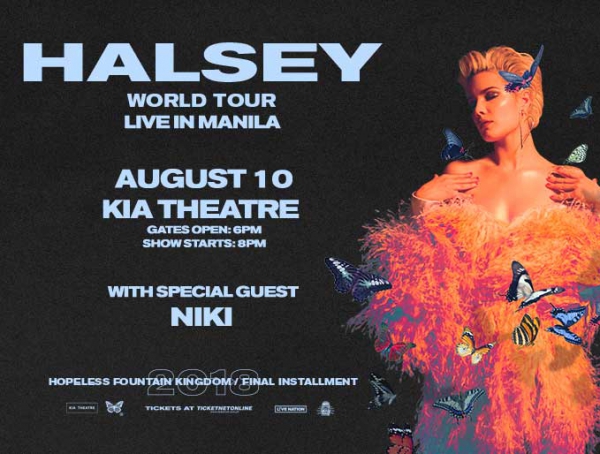 In keeping with her advocacy for equality and empowerment, the Final Installment of the Hopeless Fountain Kingdom World Tour features support from a set of incredible, buzzing, and accomplished women artists.

Joining Halsey for the Asian leg of the upcoming tour is NIKI, a rising R&B songstress from Jakarta, Indonesia, who is behind entrancing songs like “I Like U,” “Chilly,” and “See You Never.”

Don’t miss out on Halsey’s debut performance in the Philippines! HALSEY Hopeless Fountain Kingdom World Tour Live in Manila with Special Guest NIKI will happen this coming August 10, 2018 at the Araneta Coliseum.  Gates open at 6 PM and show starts at 8 PM. 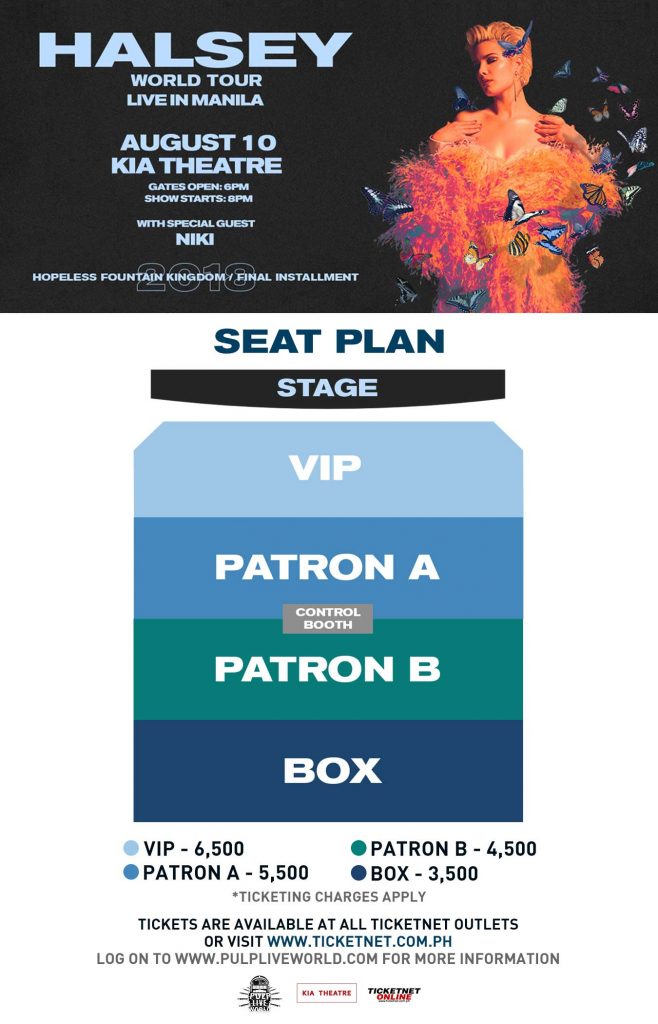 Halsey is excited to finally come to Manila and perform! She definitely can't wait to be with you all in such an intimate space on a special night.Don’t miss out on Halsey’s debut performance in the Philippines! Halsey Hopeless Fountain Kingdom World Tour Live in Manila with Special Guest NIKI will happen this coming August 10, 2018 at the Kia Theatre, Cubao. Gates open at 6PM and show starts at 8PM. This show is co-presented by FOX Life and powered by PULP Live World. Tickets are on sale at all TicketNet outlets and online thru this direct ticketing link: http://bit.do/HALSEYinManila. For more show information, you may visit www.pulpliveworld.com. Stay updated by following us on Facebook, Twitter, and Instagram!#HALSEYinManila