Work hard and party hard this Friday at Cove Manila on April 6, 2018, as they bring, American DJ and producer, Borgeous to their main stage! 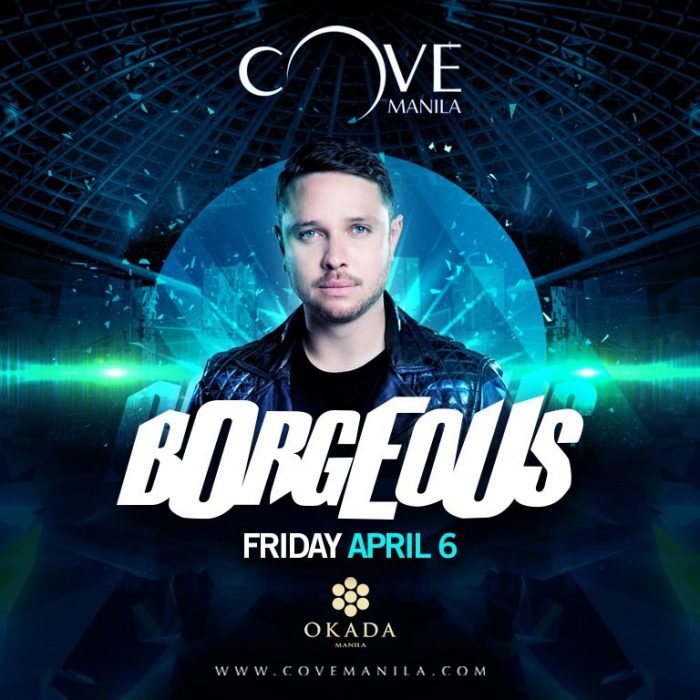 Born James Borger, the LA-based Platinum recording artist, and DJ, stage name is Borgeous and has been in the music industry since 2013. He gained fame with his songs such as Young in Love featuring Karmin, They Don’t Know Us, Big Bang, and much more.

He also has collaborated with  DJ Whoo Kid, Waka Flocka Flame, and Wiz Khalifa. Listen to his newest track, Making Me Feel this week, it’s the perfect summer anthem of the year!