The most awaited motorsports event in the country is back on track this April 28, 2018: The Toyota Vios Cup Season 5, is set to promote the fun in driving with over 50 racers in three exciting races at the Clark International Speedway in Pampanga. 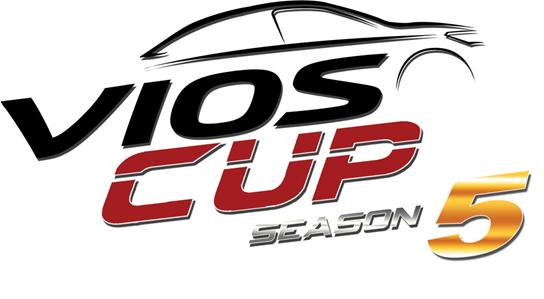 The first and last legs will be held at the Clark International Speedway, Pampanga, while the second leg will be held at Filinvest, Alabang, bringing the motorsports experience back to the streets of Metro Manila.

Toyota remains committed to this grassroots racing program by developing basic motorsports knowledge and racing skills in the country. This 5th season will see new celebrity racers such as TV personalities Diego Loyzaga, Sofia Andres, Chie Filomeno and Sam Milby. Joining them are our returning celebrities from last season’s race –Sportscaster Gretchen Ho, Fitness influencer Aubrey Miles, Japanese-Brazilian model Fabio Ide, and actor Troy Montero. With the dynamic set of racers from individual teams, we shall witness an exciting race that will determine who can really put the pedal to the metal!

Car enthusiasts can also expect upgrades in the Super Sporting Specifications such as the lightweight hood and trunk lid further maximizing the speed performance of the Vios. Moreover, it is now equipped with TRD Rotor Disc Brakes providing higher braking power. This should thrill the racers as they drive the modified Vios providing an even more heart-stopping battle on the track!

Save the date this coming April 28, and experience a unique weekend at the biggest motorsports festival in the Philippines!

This is a press release from Toyota Philippines. Minor edits were made by Philippine Primer editors.