If your April’s been booked with workshops left and right, May shouldn’t be any different… or maybe you weren’t able to get any of the slots for their April workshops. Not to worry, for our friends at Sparklelab still have workshops at Sparklelab San Juan scheduled for May 2018! 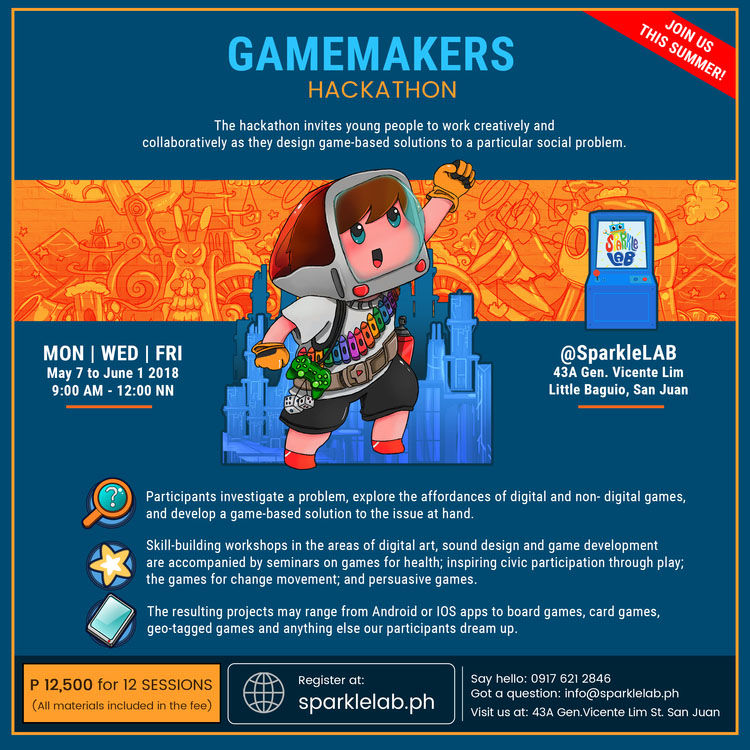 Ever wondered what it would feel like to solve society’s problems with a game? If you are, then you’d better register for Gamemakers: Hackathon, happening every Monday, Wednesday, and Friday from May 7 to June 1!

This 4 week, 12-session hackathon invites young people to work creatively and collaboratively as they design game-based solutions to a particular social problem. Participants are split into groups of two to five to investigate a problem, explore the affordances of digital and non-digital games, and develop a game-based solution to the issue at hand. Hackathon involves workshops in digital art, sound design and game development that give young problem-solvers the tools they need to create everything from mobile apps to board games, card games, geo-tagged games, or anything else they may have up their sleeve. 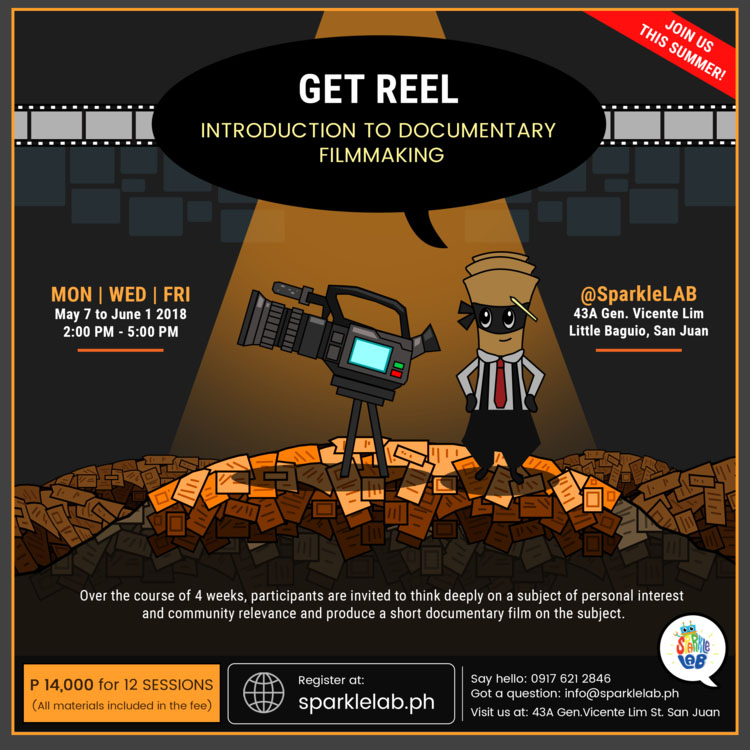 Learn what it takes to make a documentary film with Sparklelab’s Introduction to Documentary Filmmaking, happening every Monday, Wednesday, and Friday from May 7 to June 1 at Sparklelab San Juan.

Talk about social issues, push agendas, or inform the masses by producing your own documentary. This four-week workshop gets participants to think about a subject that’s both relevant to the community and something they hold close to their heart in order to produce a short documentary film. Participants will experience all phases of production: from the grueling process of pre-production (research and planning) to production (shooting and conducting interviews), all the way to post-production (editing, sound design, translation, and subtitling).

You won’t be alone in your project! You’ll have a team of mentors and even your peers to help you produce your film! The best part: everyone gets to watch what they made at the end of the workshop! 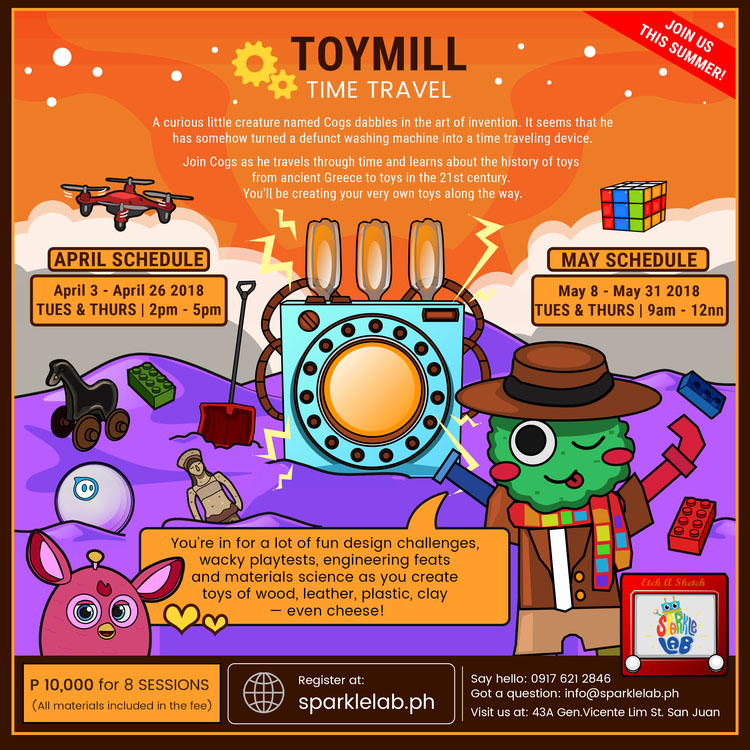 Cogs is a cute little creature who loves to tinker and dabble in the art of invention. He’s somehow turned an old washing machine into a time machine, and he wants you to join him in his time travel escapades! Join Cogs and take on the role of a toy archaeologist as you journey through the history of toys with Toy Mill: Time Travel, happening every Tuesday and Thursday from May 8 to 31, 2018! 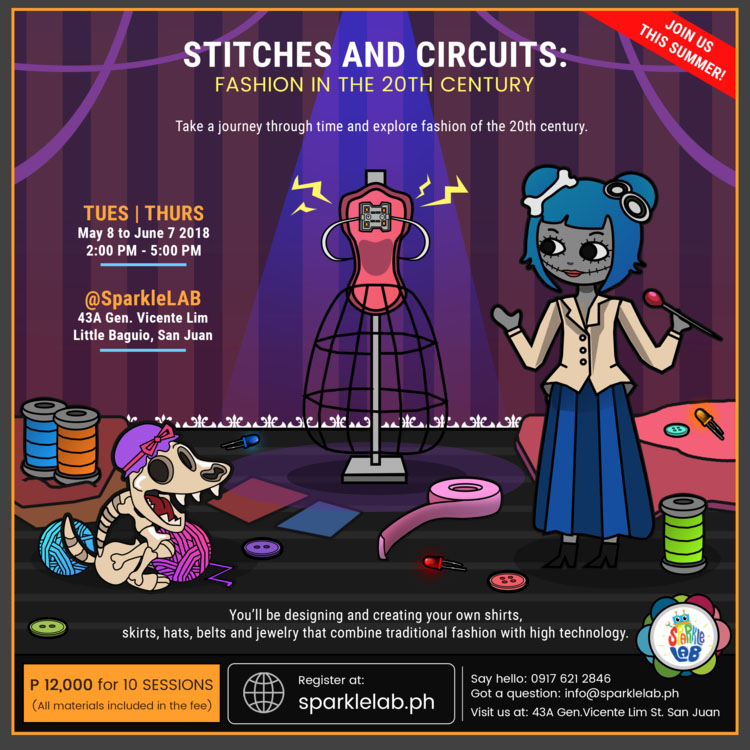 Travel through time and learn all about fashion with Stitches & Circuits: Fashion in the 20th Century, happening every Tuesday and Thursday from May 8 to June 7!

You’ll start your journey in Paris in the early 1900s at the center of the haute couture movement. See what the First World War did to fashion: androgynous dresses and less pizzazz that eventually led to freedom and independence for women. You’ll be given a chance to explore each era of fashion that followed: from the early 20s to the flower power movement of the 60s and the power suits of the 80s. You’ll also be designing, cutting, and sewing your own shirts, skirts, hats, belts, and jewelry that combine the traditional with the high tech in this fashionable and tech-infused workshop.

Interested in any of these workshops? Then head on over to www.sparklelab.ph/summerworkshops2018 and register now!