Do you consider land as a territory or an idea? Want to get lost in a nostalgic paradise brought by art and its other forms? Have look at Lena Cobangbang’s exhibit, Terratorial Piercings!

Terratorial Piercings is an exhibit where land is dissected and spliced from its basic definition to a connotative meaning made by artist, Lena Cobangbang. Some of the art forms highlighted in this exhibit include watercolor paintings of an abstract world map, geopolitical destinations, and a drastic representation of road kill, splattered frogs and run-over dogs. 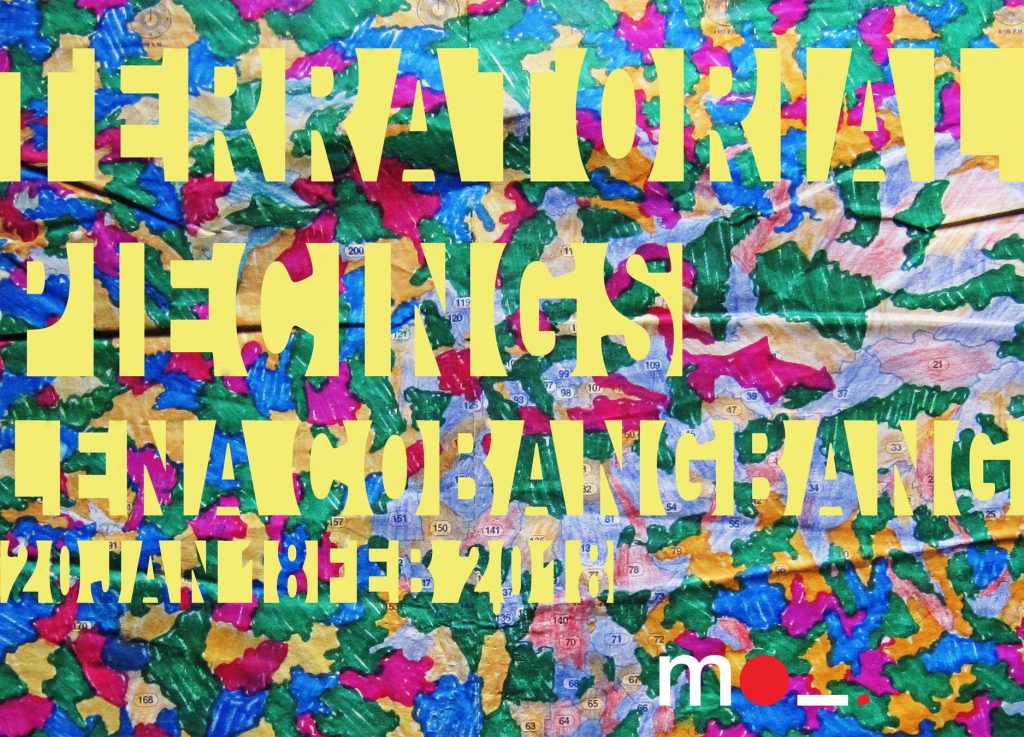 Cobangbang’s works of art is a visual dialogue and a critical response to how “territory” is being deterritorialized in this drastic world. Running from January 20 to February 18, 2018  at Mo_space Taguig City,  witness how these works of life will come to life!

Tickets for this art exhibit are free of charge and open to the public. For questions and other inquiries, you may contact MO_ Space at 856-7915.