British pop rock trio New Hope Club is set to fly to Manila for their concert from January 19 to 21, 2018. Formed in 2015, the band consists of Reece Bibby, Blake Richardson, and George Smith. They first gained fame through the eleventh season of The X Factor UK in 2014 where they finished fifth. 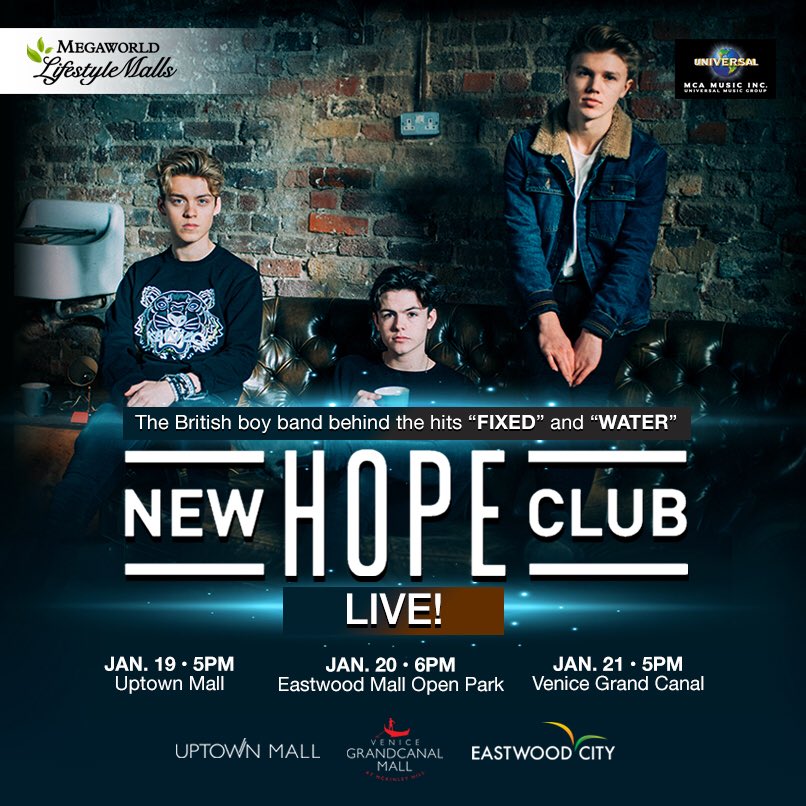 The three-day concert will be held at Uptown Mall in BGC, (January 19), Eastwood Mall in Quezon City (January 20), and Venice Grand Canal in McKinley Hill (January 21).

Fans can finally watch and hear them perform by just purchasing their own copy of Welcome to the Club EP (Special Asia Edition) for Php 550 at the show venues to get VIP Club Access. This entitled them to two seats and an opportunity to have the EP signed by the band.

There will also be a meet and greet for VIP Club Access buyers. This will be a first come first serve basis. The event is brought to us by MCA Music and Mega World Lifestyle Malls.

What: New Hope Club live in Manila
Where: Uptown Mall, Eastwood Mall, and Venice Grand Canal
When: January 19 to 21, 2018