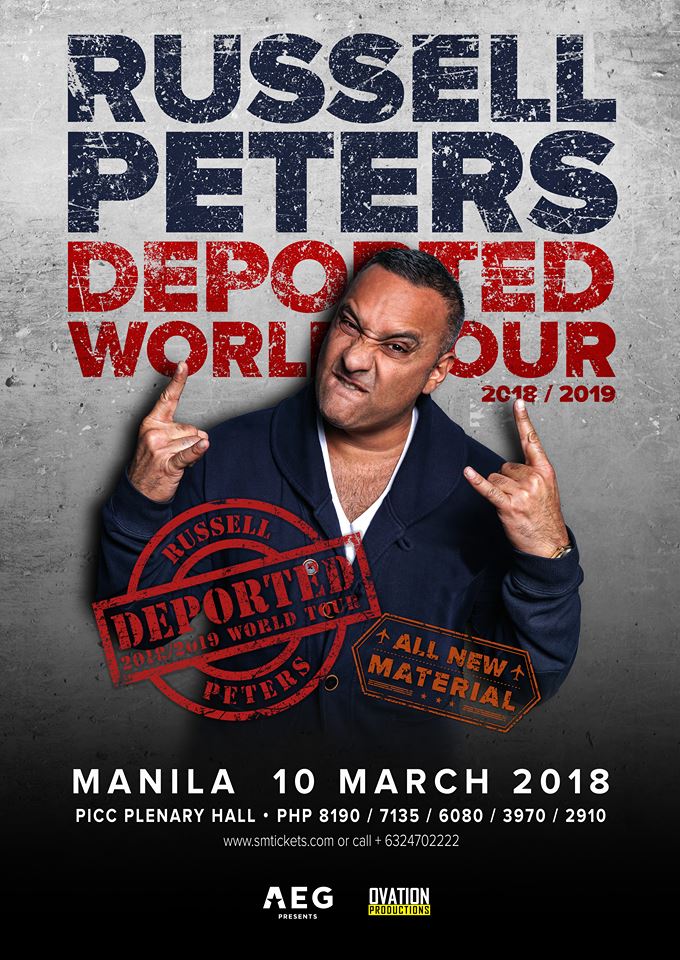 The show features all new material, plus Peters’ signature interactions with the audience. Peters last toured Asia in 2015 & 2016 to sold-out houses.  Peters returns to live touring after taking time off stage since the filming of his last special, Almost Famous for Netflix in April 2016 in Toronto.

In between, he’s produced and starred in his own comedy-drama limited series for Netflix, The Indian Detective. Peters has also appeared in the still unreleased films, The Clapper with Ed Helms, Amanda Seyfried, and Tracy Morgan as well as Supercon with Ryan Kwanten and John Malkovich, and Public-Schooled with Judy Greer.

The Deported World Tour will also feature one of David Letterman’s favorite comics, the legendary raconteur of weird stories, comedian Jake Johannsen. The tour will take Peters around the world with shows well into 2019. The Asia dates follow a run through Australia and New Zealand.