It’s time to start planning for the upcoming new year! If you’re looking for a good event to take your family and bond with your kids, then mark your calendars as early as now and start getting tickets to Ian Fleming’s Chitty Chitty Bang Bang, which will run at Resorts World Manila on select dates from February 22 to March 25, 2018. 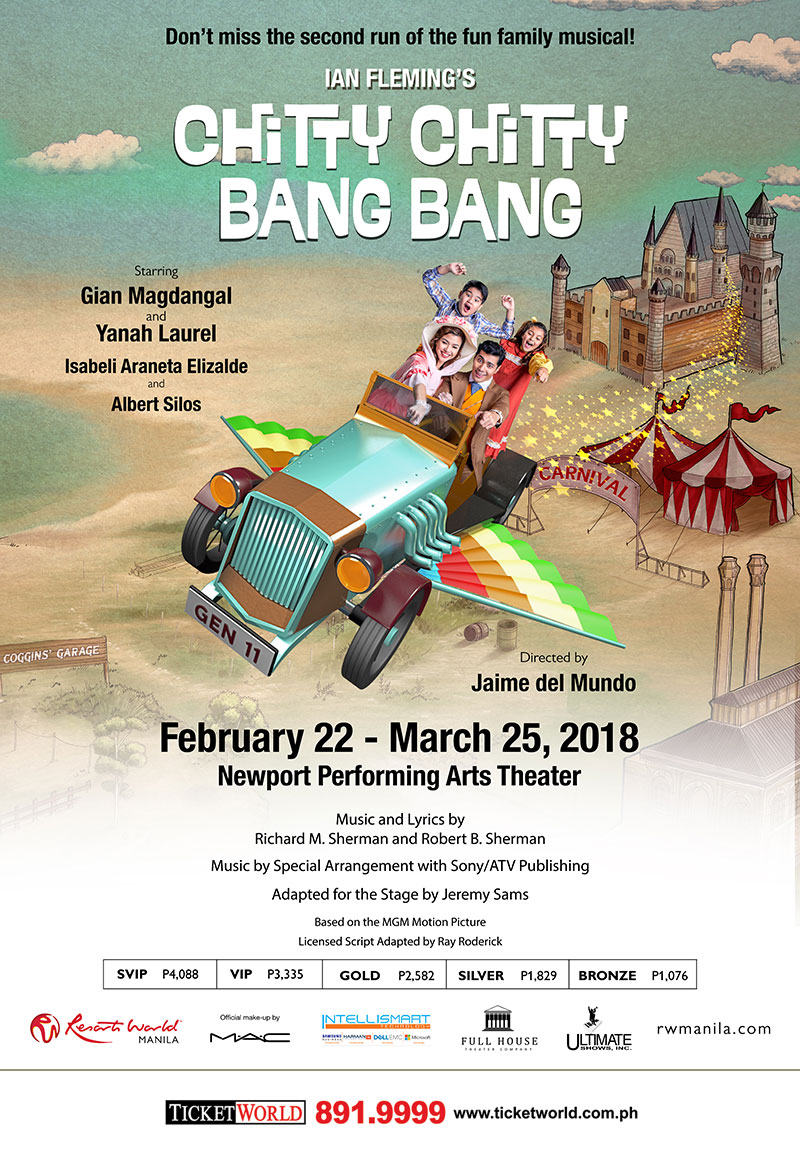 The story has been adapted into an all-Filipino “fantasmagorical” (portmanteau of fantastic and magical) production that’s sure to instill good values on children and inspire everyone who watches it.

Secure seats for your family and friends on the musical joyride now! Tickets are available now on TicketWorld.