Enjoy listening to hard metal music? Come and be part of the biggest and grandest metal concert, Pulp Summer Slam 2018 happening on May 5, 2018! 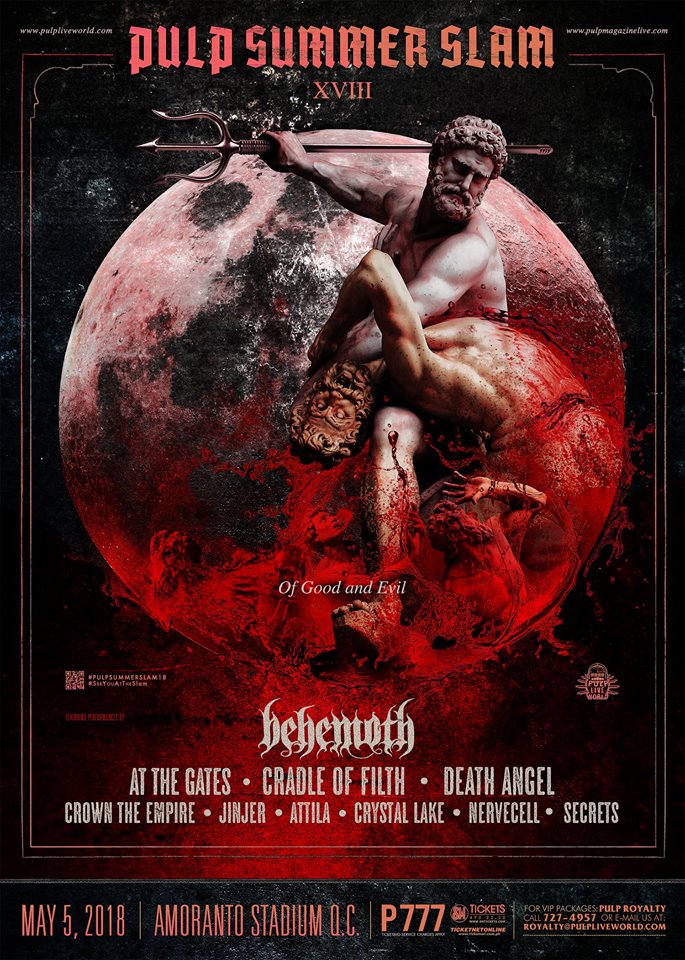 There's nothing quite like the nostalgia brought about by our epic memories from PULP SUMMER SLAM XVII: Redemption. The 17th installment of Southeast Asia's longest-running metal festival was headlined by none other than living metal legends Megadeth, also featuring a monster line-up with Dragonforce, Whitechapel, Crossfaith, I See Stars, Gods of Eden, Slapshock, GREYHOUNDZ, WilaBaliW, Razorback, Kjwan, and the 2016 Red Horse Beer Pambansang Muziklaban Champion, Shotgun Combo.It's been two and a half months since #PSS17Redemption and it's high time we relived its glory. Here's the official PULP SUMMER SLAM XVII aftermovie! And don't forget to grab a copy of the latest issue of PULP Magazine (Issue No. 190) for a SPECIAL and EXCLUSIVE coverage of the Slam.Where to buy: goo.gl/je9QTSOnline orders: sales@pulpliveworld.com#SeeYouAtTheSLAM next year!* No copyright infringement intended.All copyrights belong to their respective owners.* BGM:Lying in State by MegadethPost American World by MegadethUMG On behalf of: UME/T-Boy RecordsRx Overdrive by CrossfaithSony Music Entertainment (Japan) Inc.On behalf of: Unfd

Get ready to scream your lungs out as this concert will highlight a variety of performances from hard metal artists like Death Angel, At the Gates, Nervecell, Crown the Empire, Jinjer, Crystal Lake, Secrets, Attila and many more.

Tickets are priced at Php 777 and can be purchased at any SM Ticket or TicketNet outlets nationwide.