Global Pop Icon and multi-platinum selling female artist, Katy Perry returns to the Philippines for her highly anticipated Witness:  The Tour Live in Manila on April 2, 2018, at the Mall of Asia Arena! 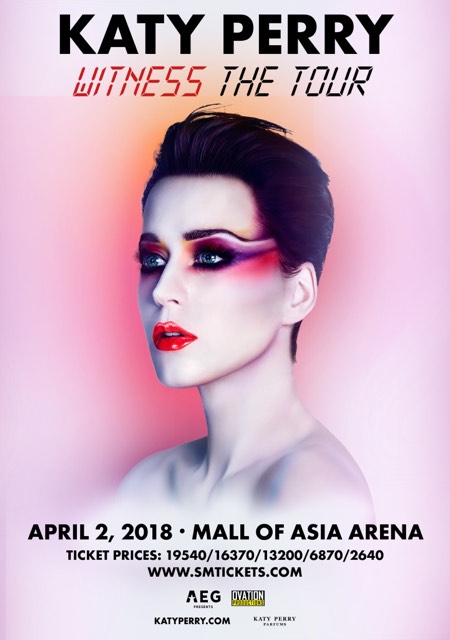 WITNESS: The Tour is Perry’s first run since the sold-out, 151-date Prismatic World Tour, which concluded in 2015 and was hailed by Rolling Stone as “a show to damage retinas and blow minds.” She first made Capitol Records debut with 2008’s One of the Boys after signing to the label in 2007.

With the singles “Roar,” “Firework” and “Dark Horse” each surpassing the 10 million thresholds including song sales and streams, Katy is the first female artist to earn three RIAA Digital Single Diamond Awards.