Want to pump the night and relive an unforgettable moment? Get ready as DJ Ookay will own the spot light and rock your world through a one-night concert happening on December 8, 2017! 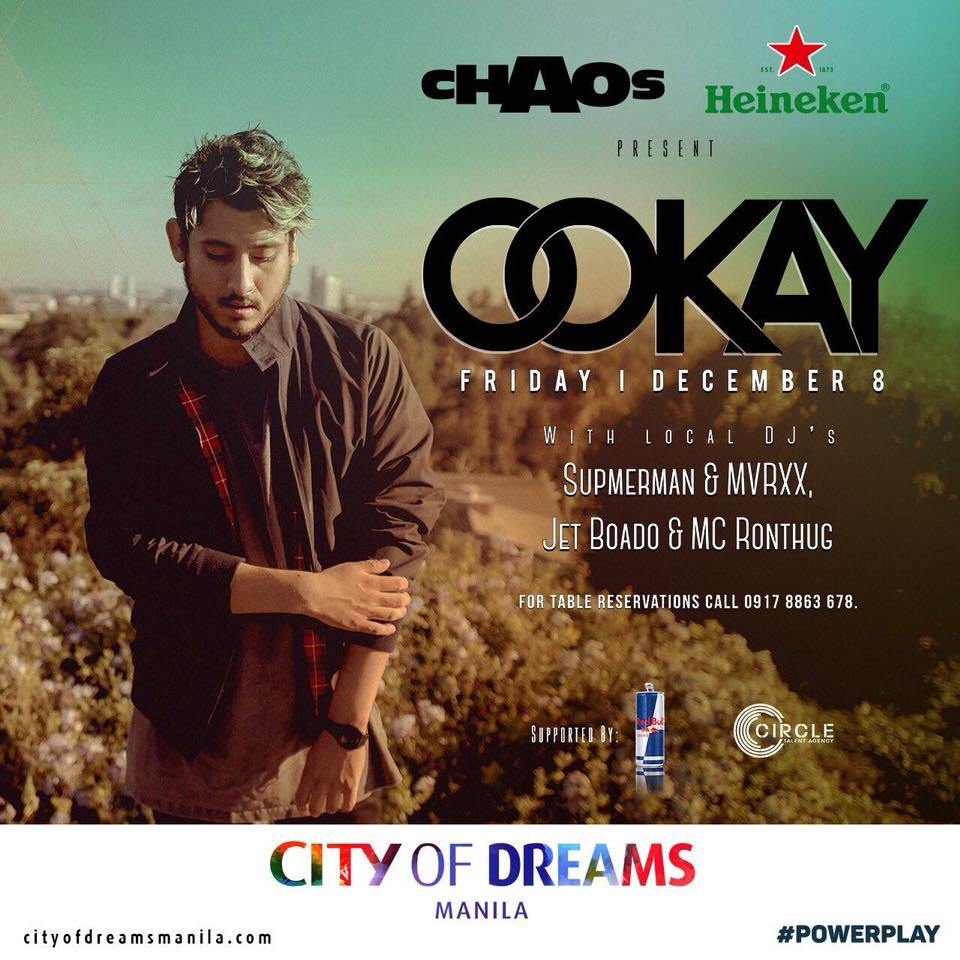 Abraham Laguna, also known as DJ Ookay is a DJ based in San Diego, California. His music was made known through his use of heavy-handed and heart stopping beats accompanied with various trap and dub music.

In 2016, Ookay’s self-released original titled “Thief,” was listed in Spotify and quickly went viral in the US and global charts with over 3 million online streaming listeners. Aside from that, he also had some collaboration with some other artists like Steve Aoki, Showtek, Skrillex, Diplo, Major Lazer, DJ Snake, DJ Mustard, and a lot more where he effortless combined EDM and other hip-hop influences, leaving his fans want more.

DJ Ookay’s concert in Manila is set to happen on December 8, 2017 at Chaos Manila in City of Dreams. Door charge is priced at Php 1,000 inclusive of one drink. For questions and other inquiries, you may contact 0917-886-3678 or visit Chaos Manila’s website at www.chaosmanila.com

This is a press release from City of Dreams.
Image Source: Manila Go!; Video from: Proximity in YouTube