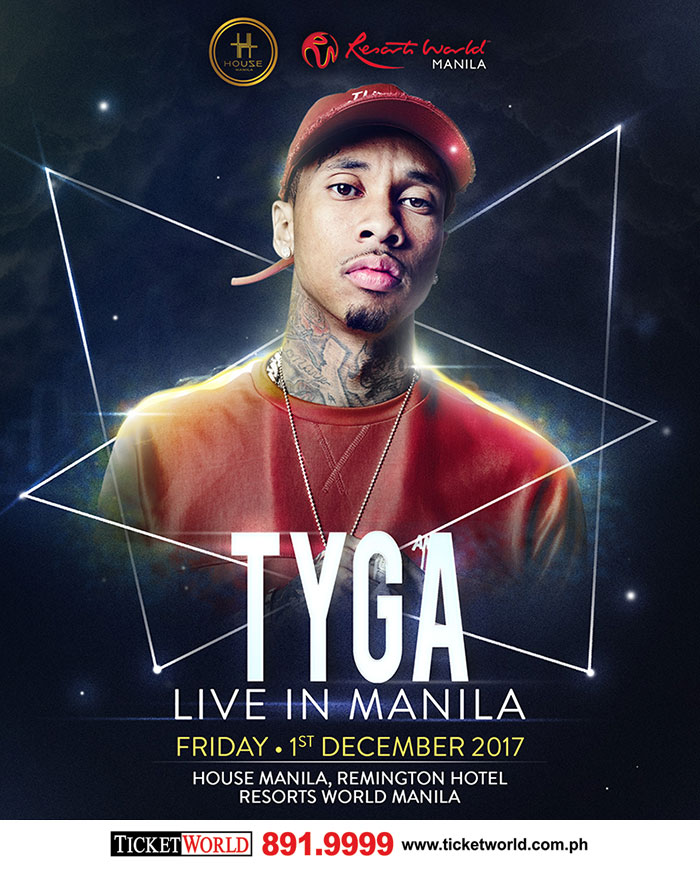 On July 21, 2017, Tyga released his fifth studio album, BitchImTheShit2, the sequel to his 2011 mixtape #BitchImTheShit. He is set to bring his beats and start the party next month.

As of date, tickets are Php 2500 for Standing, Early Bird. Tickets are available at Ticketworld outlets and online at www.ticketworld.com.ph. Call 891.9999 for ticket inquiries.