Make way for a heart-stopping performance as artist Steve Aoki will once again own center stage and rock your world through his comeback in Manila on December 15, 2017 at Okada Manila’s entertainment destination through Cove Manila! 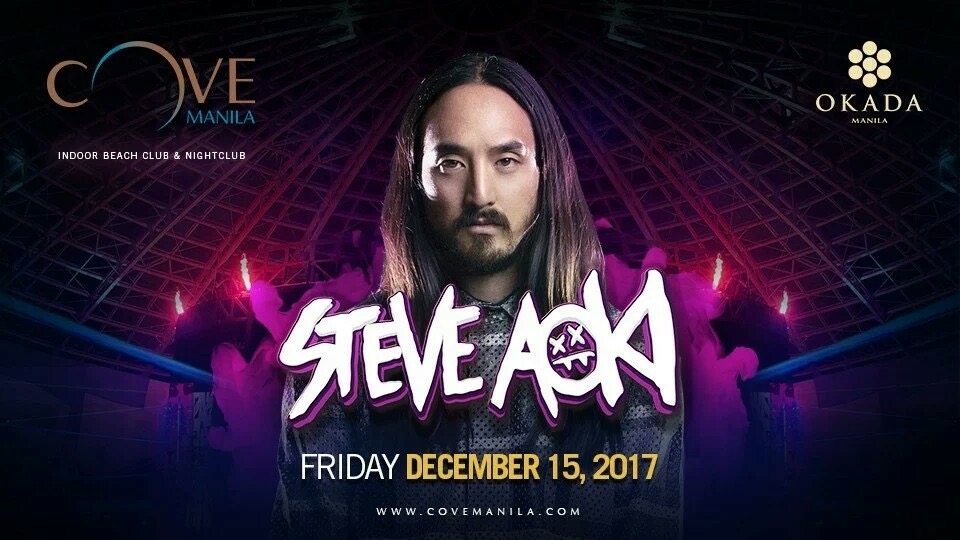 Cove Manila is a beach club and nightclub that offers a fusion of music, style, and dining under one iconic dome, Okada Manila. In celebration of Cove Manila’s grand launch, Steve Aoki will be performing live on stage and pump up the night through his breathtaking performances.

Tickets for this concert are priced as follows:

For questions and table reservations, you may send an e-mail to covemanila@okadamanila.com