10x Grammy Award winner and multi-platinum selling singer-songwriter, John Legend will be returning to Manila for his highly anticipated Darkness And Light World Tour on March 21st, 2018 at the Araneta Coliseum. 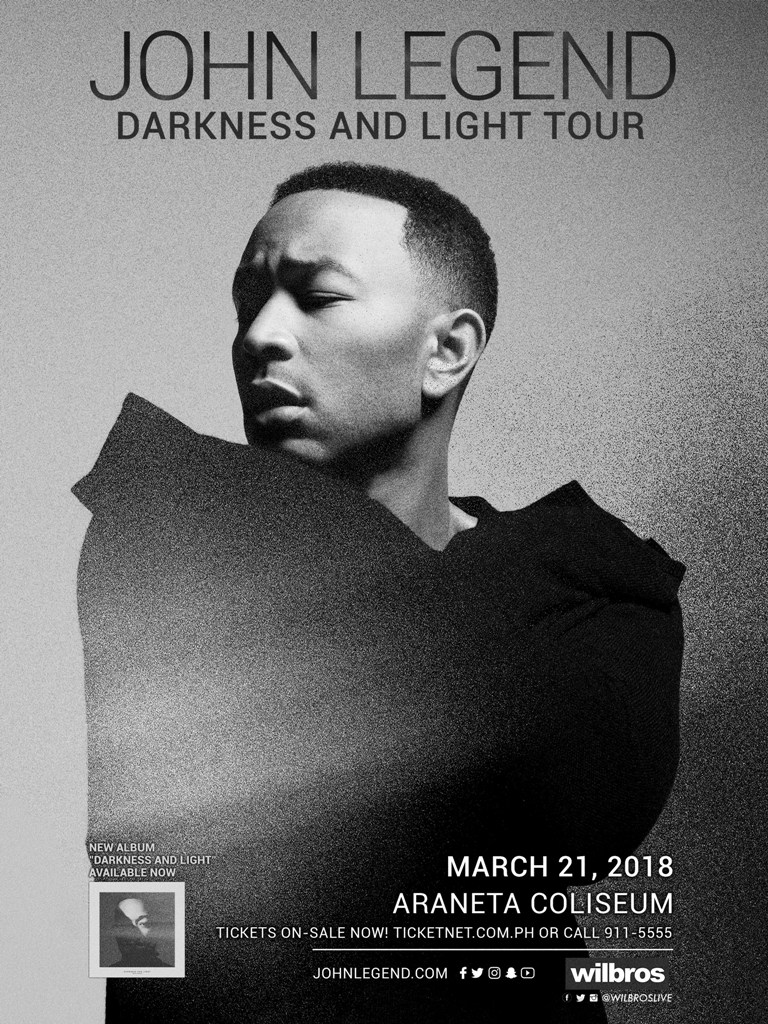 John Legend’s latest album Darkness And Light has been a worldwide smash hit with the chart-topping singles“Love Me Now” and “Penthouse Floor” featuring Chance The Rapper. The album debuted on the Top 20 of the Billboard 200 and was streamed over 12-million times in the first week.

Legend serves as one of the principles for Get Lifted Film Co., a film and television production company that serves as Executive Producers on the HBO documentary “Southern Rites”, Pop Network docu-series “Sing It On”, WGN America’s series “Underground”, and films such as “Southside With You” and the critically acclaimed “La La Land”. Legend was also featured in the film and soundtrack of La La Land with the single “Start A Fire” and in the blockbuster Disney movie “Beauty and the Beast” with Ariana Grande.

Fans can expect to hear John Legend perform these new hits with his full live band, as well as his well-loved singles “All Of Me”, “Ordinary People”, “Green Light”, “Used To Love U”, “Save Room”, “Tonight (Best You Ever Had)” and more.

Tickets will be on-sale on Thursday, November 30 via TicketNet.com.ph. For more information, visit Wilbros Live on social media.