American rock band Paramore is set to come back to Manila this 2018! 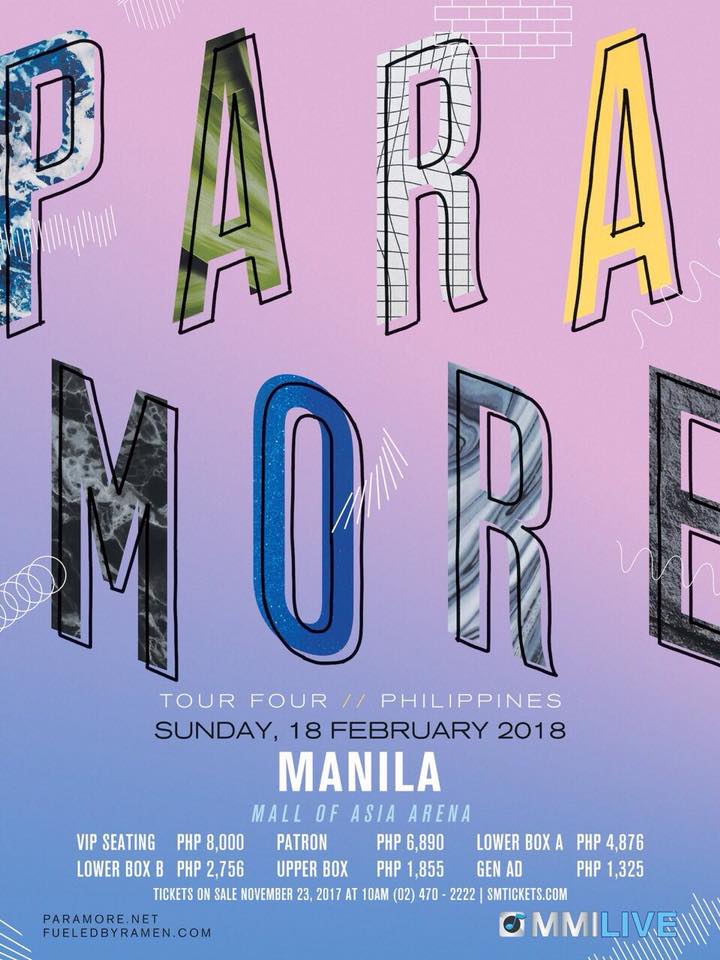 Here’s to reliving our pop punk era! Paramore is heading back to Manila to promote their latest album, After Laughter as they perform live at the Mall of Asia Arena on August 23, 2018

The band, which consist of Hayley Williams, Taylor York, and Zac Farro, became popular for their chart-topping hits such as “That’s What You Get,” “My Heart,” “The Only Exception,” and “Misery Business.” This will be their third concert in Manila following their last tour in 2013 in the same venue.