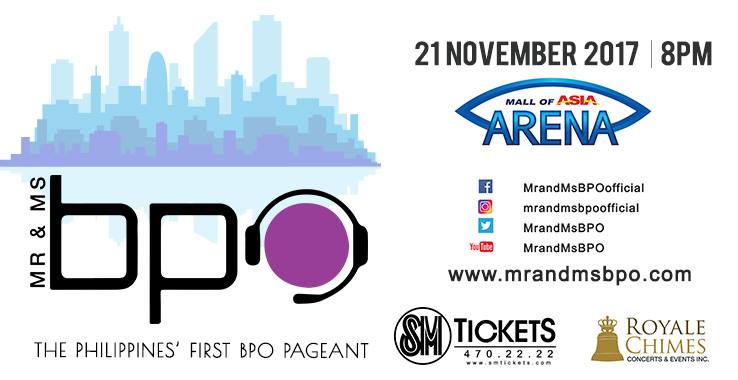 Watch the Grand Coronation Night live at SM MOA! Ticket detaisl are posted below. The Mr. and Ms. BPO pageant is for the benefit of Habitat for Humanity Philippines.