Two-time Grammy Award-winning thrash metal legends Slayer is set to perform in Manila for the first time on October 11, 2017 at the KIA Theatre in Cubao, Quezon City. 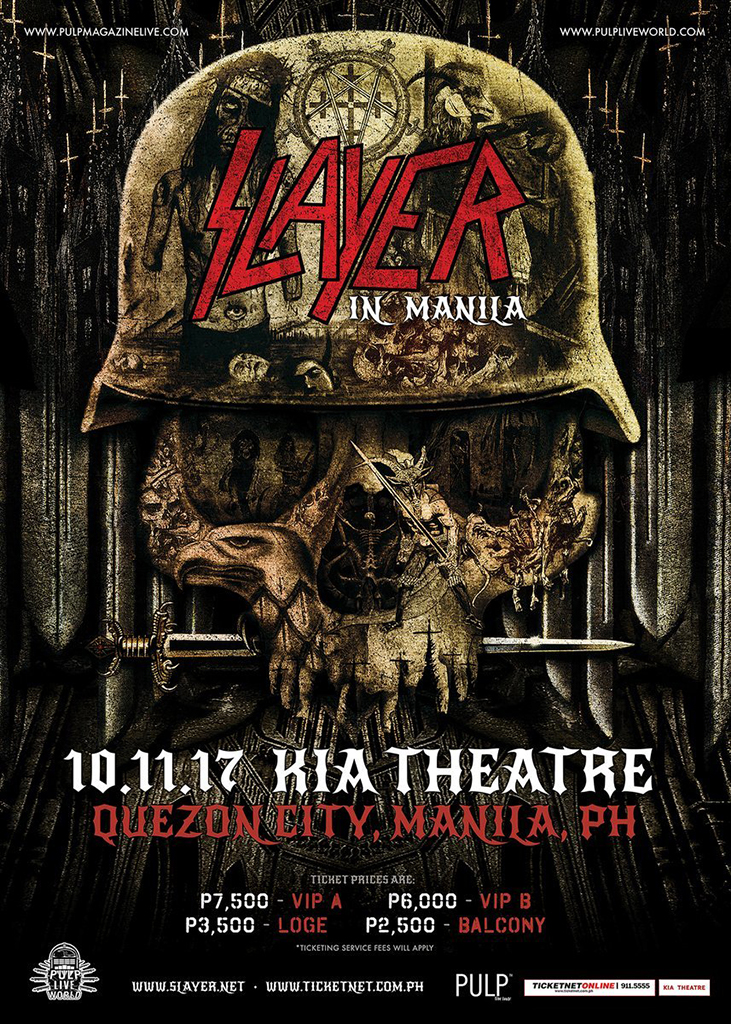 Formed in 1981 in Huntington Park, California, with the original line-up including guitarist Jeff Hanneman (deceased) and drummer Dave Lombardo, the band is considered as one of the Big Four of thrash metal along with Megadeth, Anthrax, and Metallica.

Their latest full-length album Repentless was released on September 11, 2015 and is the first album to feature the newest members in the line-up, Gary Holt (formerly of Exodus) and Paul Bostaph (formerly of Exodus and Testament).

What: Slayer in Manila

Ticket Details: Available at all TicketNet outlets and online at ticketnet.com.ph or call 911-5555