Liza Magtoto’s A Game of Trolls

There is no guarantee that the idea of battling against the glorified regime of the late President Marcos would still be alive after a few years or even decades, but it is certain that there will be a glimpse of hope from the generations that saw the genuine effort of the people who have fought against the dictator.

The sweat, blood, tears, and lives of the  people who opposed the evil will forever be in the hearts, minds and lives of the Filipino people who believe that the country will one day rise again from the ashes and blood of the suppressed and the minority, far from the partition of the majority and the powerful like Liza Magtoto’s A Game of Trolls is about to showcase to its audience. 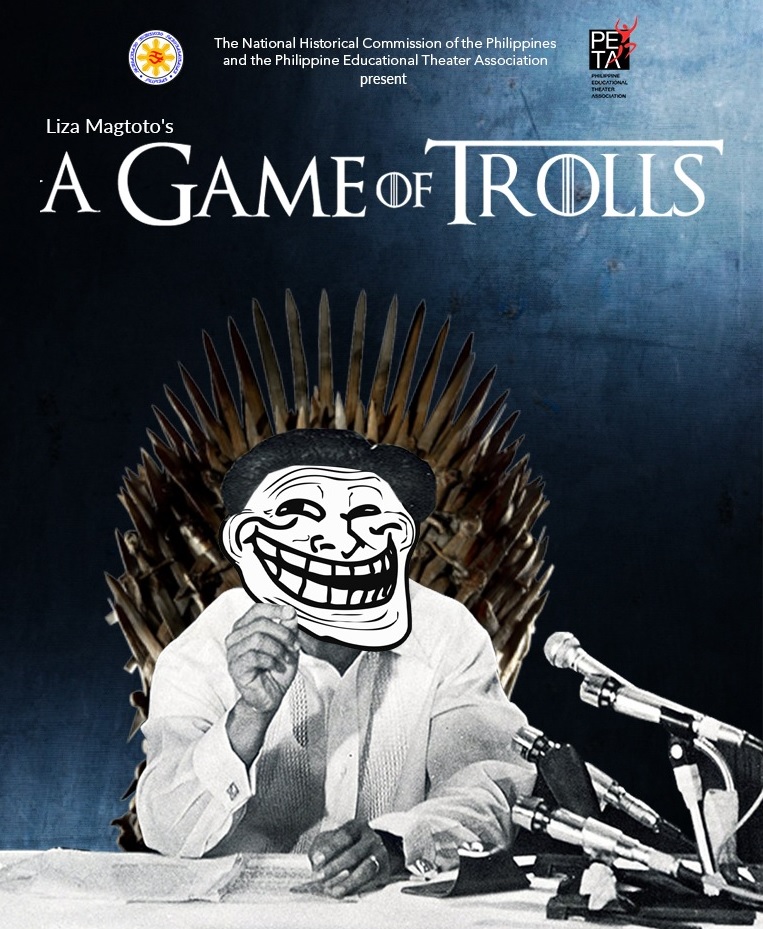 Presented in partnership with the National Historical Commission of the Philippines (NHCP), and the Philippine Educational Theater Association (PETA), A Game of Trolls follows the story of Hector, a millennial employed as a troll who is oblivious to history and the Martial Law era. Somewhere in the story, he is introduced to the sacrifices of Edgar Jopson, Emman Lacaba, Bobby dela Paz, Macli-ing Dulag and other heroes who died under the dictatorship of Ferdinand Marcos, Sr.

Happening in the month of September at the PETA Theater Center in Quezon City, come and witness a musical for millennials that will highlight stories from activists during Martial Law!

You may buy your tickets online through www.ticketworld.com.ph