Formerly known as international singing sensation Charice Pempengco, Jake Zyrus aims to inspire his fans to be who they want to be and hopefully t0 “celebrate themselves” as he performs in his first-ever concert I Am Jake Zyrus at the Music Museum this October 6. 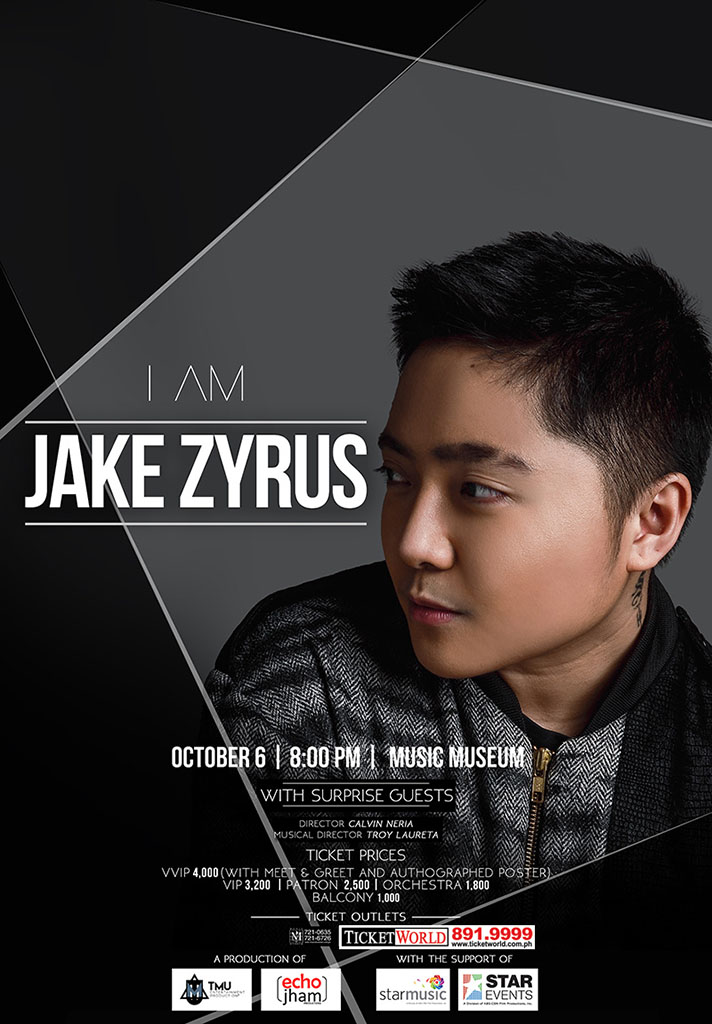 “I am so excited about this concert because I will be able to finally express my real self,” Jake Zyrus told Inquirer Pop in an interview.

In a report by ABS-CBN, Jake Zyrus’ concert will feature his cover of Jay-R Siaboc song “Hiling” under Star Music.

The concert, entitled “I Am Jake Zyrus,” was said to highlight the singer’s journey to coming out as a transgender man.

Jake Zyrus’s concert will have Troy Laureta as musical director. Troy is an international musical director and a close friend of Jake Zyrus. He has worked with pop icons Iggy Azalea, Ariana Grande, and musician David Foster.

The Mad Union Entertainment Production and Echo Jham Productions in partnership with Star Music and Star Events will produce “I Am Jake Zyrus.”

Tickets are available at Music Museum, Ticketworld and SM Tickets.

What: I Am Jake Zyrus