Badu vs. Everything Tour

The soul and R&B icon Erykah Badu will be bringing her Badu vs Everythang World Tour in Manila and it’s going to happen on October 14, 2017! 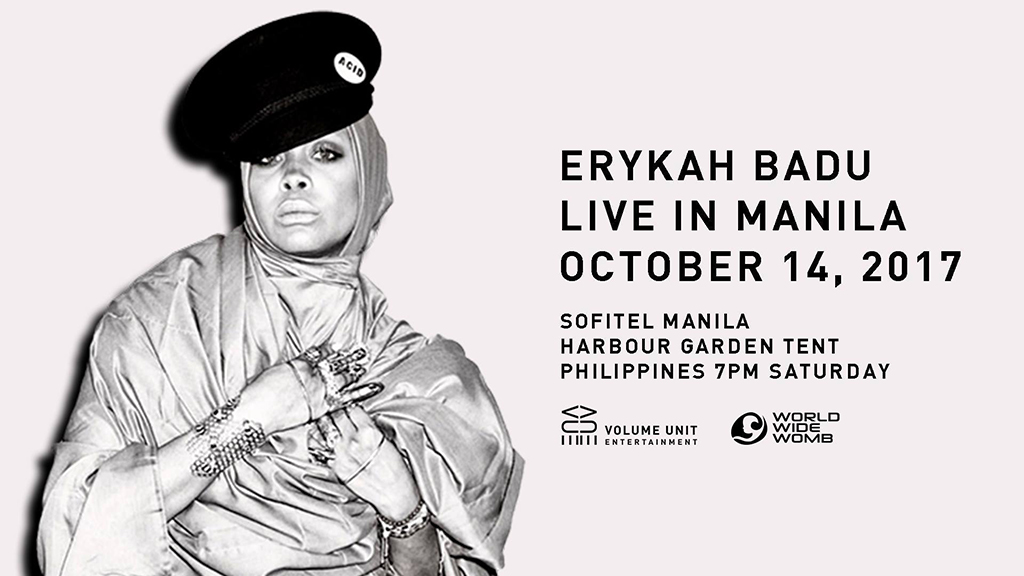 Erica Abi Wright, Erykah Badu’s real name, already released five albums since her debut record released back in 1997. Badu’s music is defined as a mixture of R&B, Soul, and Hip-hop. Early this year, Erykah Badu supported the promotional campaign for 2 Chainz’s new project by making a ‘’Pretty Girls Like Trap Music’’ playlist, while last summer, she also linked up with Robert Glasper for an impressive Miles Davis tribute.

The Grammy-award winner announced in social media that her tour will include stops in Europe, North America, and Asia. In an Instagram post, she announced the upcoming venues of her tour including New York, Japan, and the Philippines.

The concert is set to be held at the Harbour Garden Tent at Sofitel Manila on October 14, 2017. Tickets will go on sale on August 1, 2017. Get your tickets now before they run out! Limited early bird tickets for Erykah Badu Live in Manila will be available via the event and Malasimbo Facebook pages from August 1 to 7.

What: Badu vs Everything Tour