A sweet treat for the eyes and ears will once again be coming back to Manila on September 22, 2017! 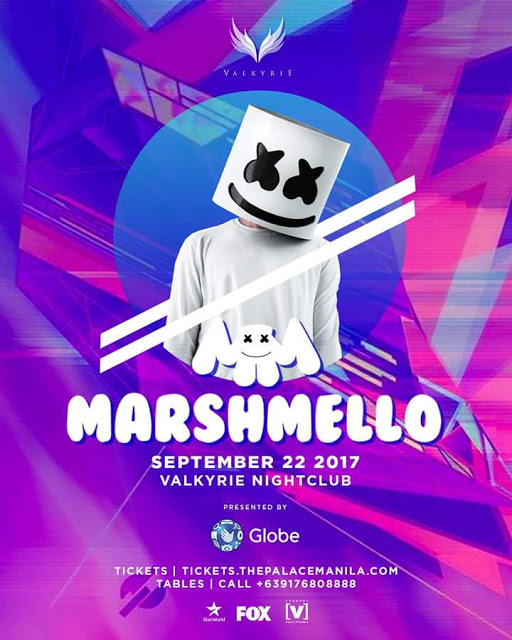 One of the hottest DJ and record producers today, Marshmello, is heading back to Manila for a one-night-only DJ set. Marshmello’s career blew up in 2015 when he began releasing tracks online, including remixes of Zedd’s Beautiful Now, Jack Ü’s Where Are U Now, and others.

His latest release, “Ritual” is his best yet with layer upon layer of feel-good melodies, a soulful vocal from Wrabel, and a driving rhythm that continues to push forward.

The show will take place, at 10 pm onwards at the Valkyrie Night Club at Uptown Bonifacio Showroom, 9th Avenue, BGC, Taguig City. Interested party goers can now buy an early bird pass for Php 1,900 each and will only be available until August 31, 2017, while regular pass will set you back Php 2,400 a piece.