Get your chance to watch K-pop boy group, SEVENTEEN live as they return to Manila for their DIAMOND EDGE tour. As their first ever world tour they are set to visit 13 cities in 11 countries including Manila on October 6, 2017 at the Mall of Asia Arena. 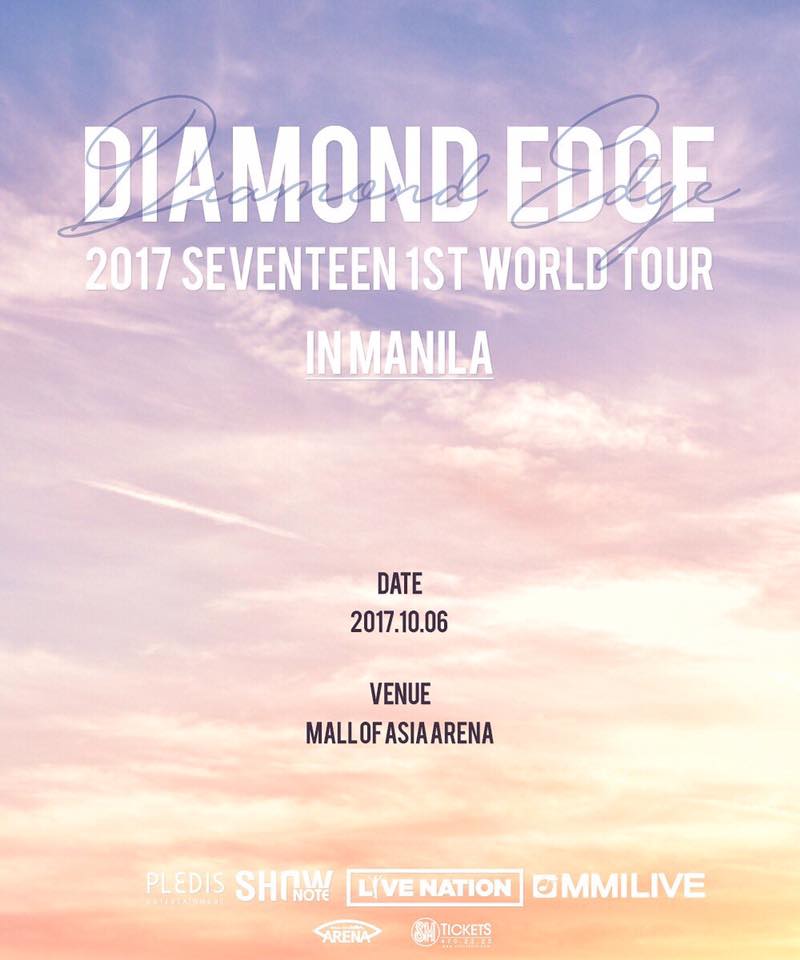 The 13-member K-pop group last visited the country on August 14 and 15, 2016 for their 1st Asia Pacific Tour fan meeting “Shining Diamonds”along with 10 other countries as they performed at the Solaire Grand Theatre. 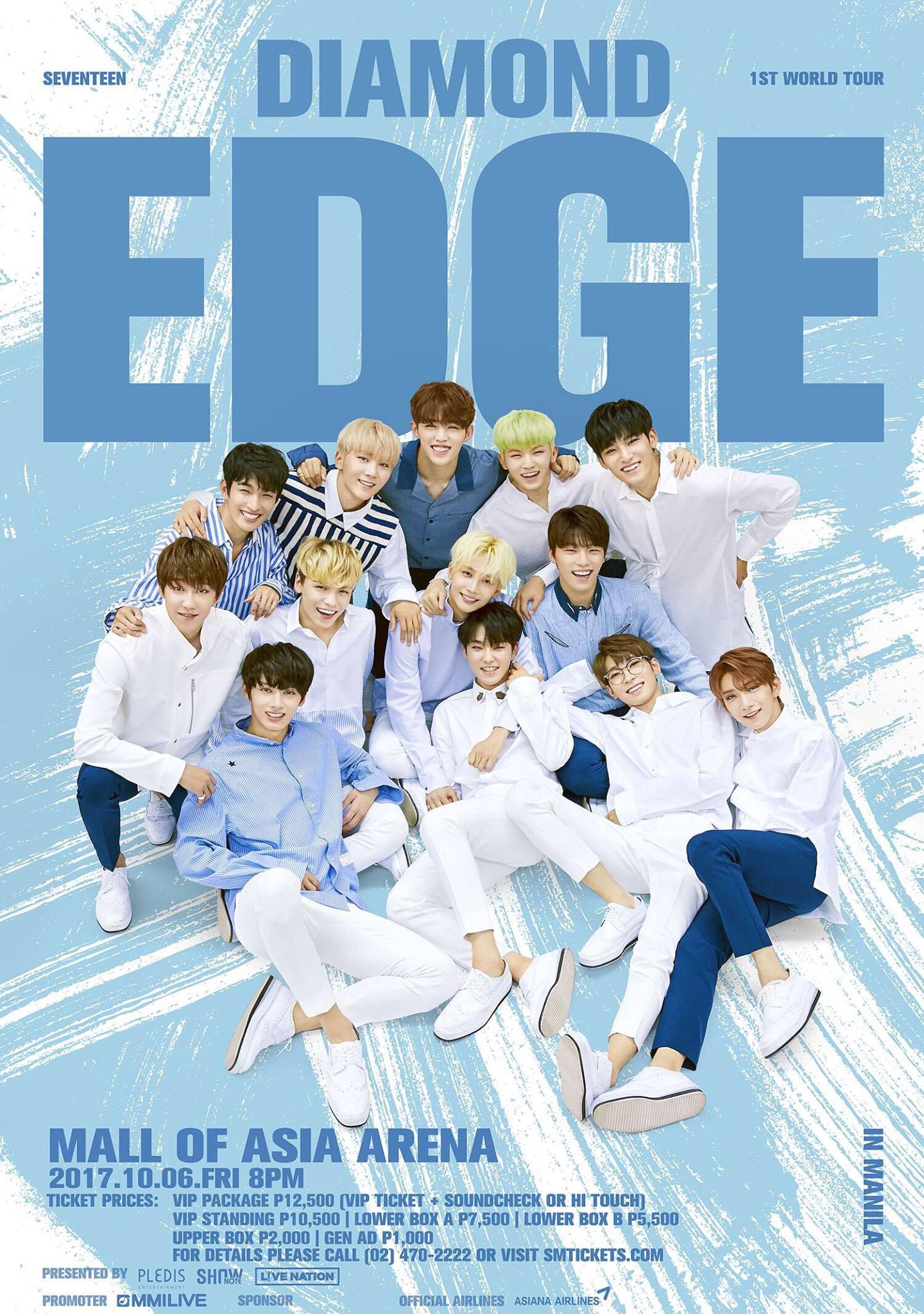