Brick Run 2017, the very first of its kind in the Philippines where the fun of LEGO® and the exhilaration of running is merged in one event, is happening on September 17 at SM by the Bay, Pasay. 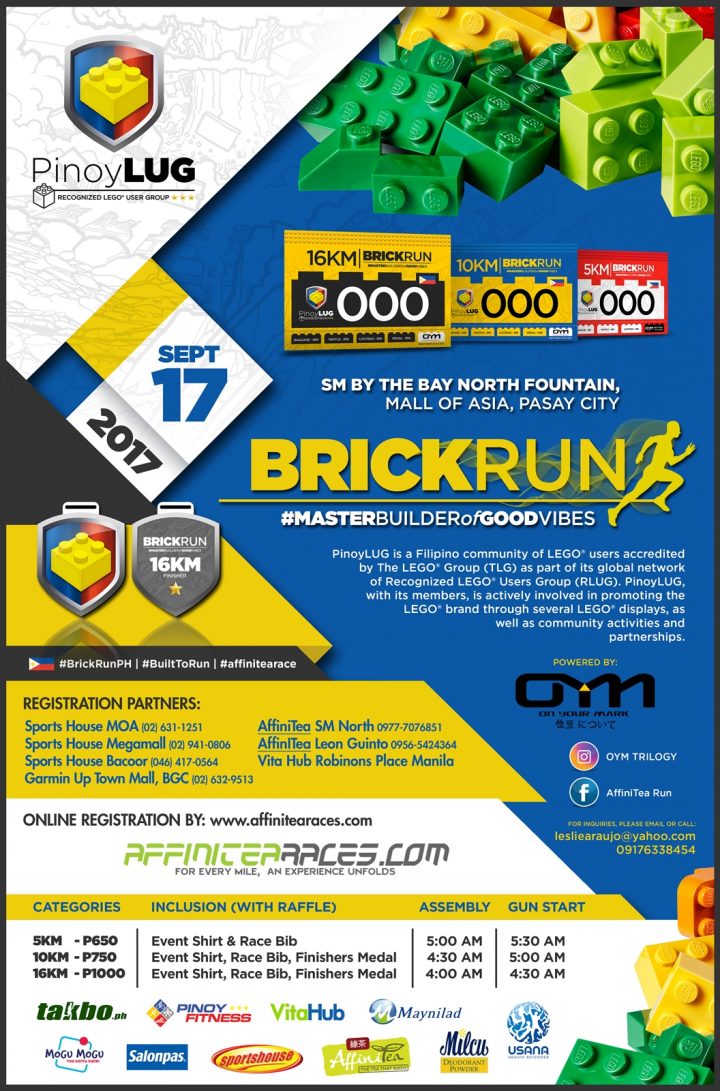 Organized by Affinitea, Brick Run 2017 is a family event, a barkada gimmick, or a staff team-building activity perfect for those who are fans of LEGO and running!

PinoyLUG is a Filipino community of LEGO users accredited by the LEGO Group (TLG) as part of its global network of Recognized LEGO Users Group (RLUG). Pinoy LUG with its members, is actively involve in promoting the LEGO brand through several LEGO displays, as well as community activities and partnership.

– Inclusive of Event Shirt, Race Bib
– 10K and 16K gets a Finishers Medal 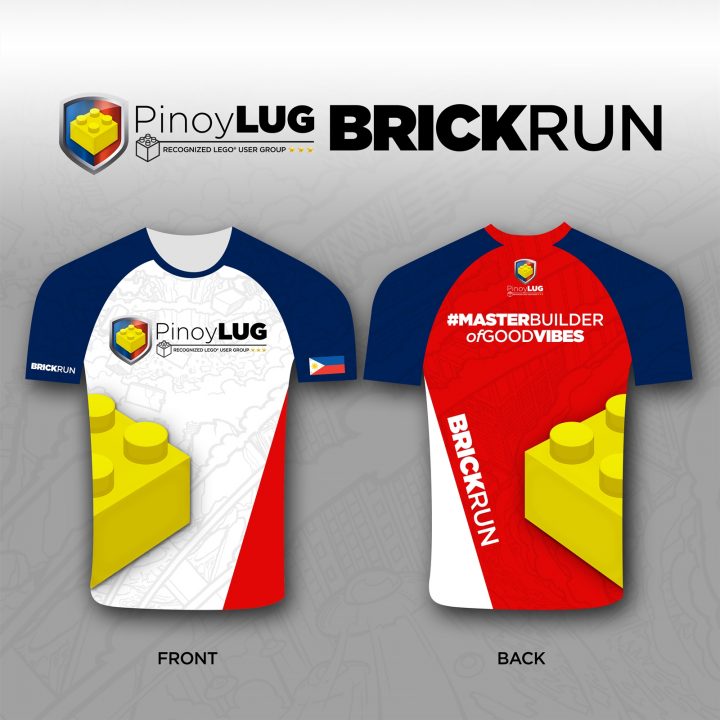 These are the following registration partners:

Or you can also register online via affinitearaces.com