Ballet Manila starts off their 22nd performance season with a classic Filipino tale as they perform Gerardo Francisco’s Ibong Adarna on August 26 & 27 and September 2 & 3 at the Aliw Theater in Pasay City. 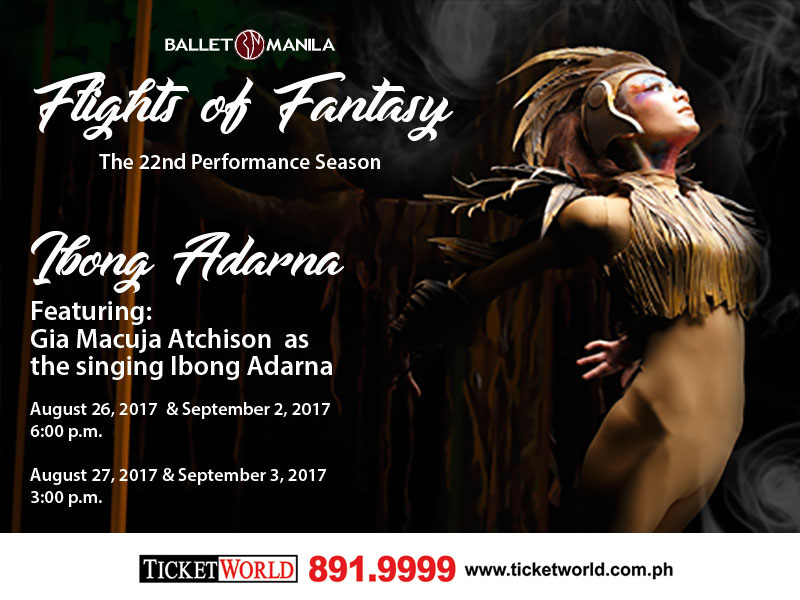 Ibong Adarna is an epic that tells the tale of a magical bird said to heal any ailment through its songs. It’s a tale that’s been told and heard by Filipinos for decades. It has had stage plays, musicals, and movies made about it, and Ballet Manila’s performance is one of the many ways to enjoy this piece of Filipino culture.

TRAILER FOR ‘HERE LIES LOVE’. One of Gia Macuja Atchison’s more recent and highly acclaimed roles was as Estrella Cumpas in this West End production./VIDEO National Theater via GiaMacujaAtchison.com

Leading the way for this performance is Gia Macuja Atchison as the singing Ibong Adarna. A member of the original cast of The Lion King, Gia Macuja Atchison is also known for her highly acclaimed role of Estrella Cumpas in the Royal National Theater production of Here Lies Love at London’s West End.

SHE HAS A SISTER. Gia Macuja Atchison is the sister of the first Filipina Prima Ballerina, Liza Macuja-Elizalde./Video Lifestyle Network via GiaMacujaAtchison.com

Catch Gia Macuja Atchison and the rest of Ballet Manila as they perform Gerardo Francisco’s Ibong Adarna on August 26 & 27 and September 2 & 3 at the Aliw Theater, CCP Complex, Pasay City.

Tickets are available via TicketWorld starting at Php 515.