The Chainsmokers returns to Manila for ‘Memories… Do Not Open’ Tour

The Chainsmokers returns to Manila this September!

American DJ duo The Chainsmokers is set to come back to Manila this September 13 at the Mall of Asia Arena! 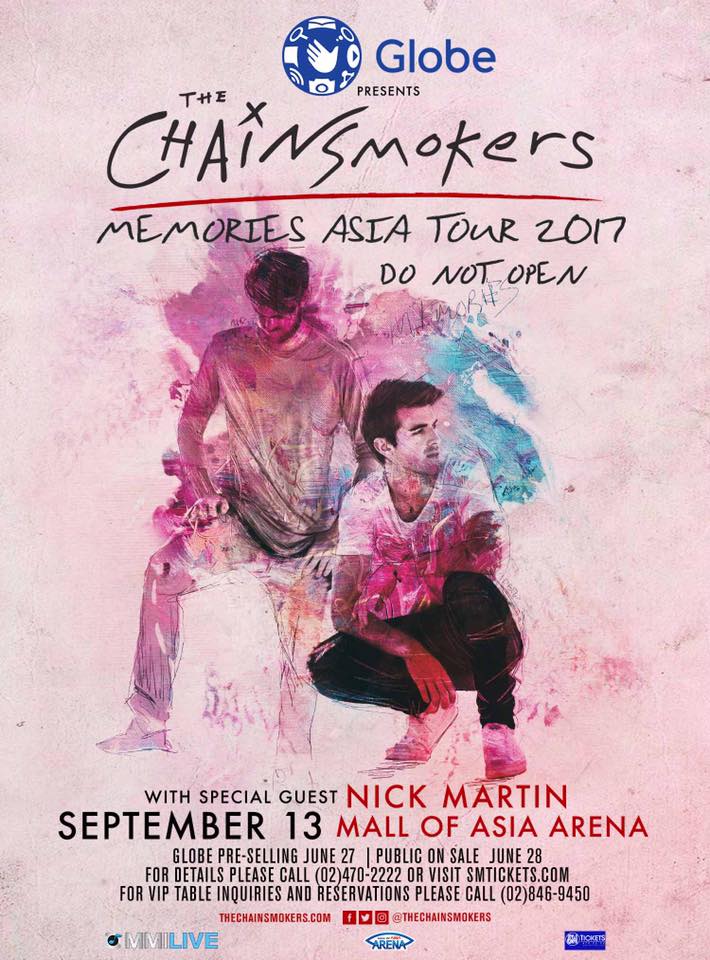 The duo, known for their hit songs “Closer,” “Roses,” and “Don’t Let Me Down,” will be here in Manila for their Memories… Do Not Open Asia Tour. Joining them in the said tour is Greek DJ Nick Martin, who is popular for his sick beats and soundtracks. 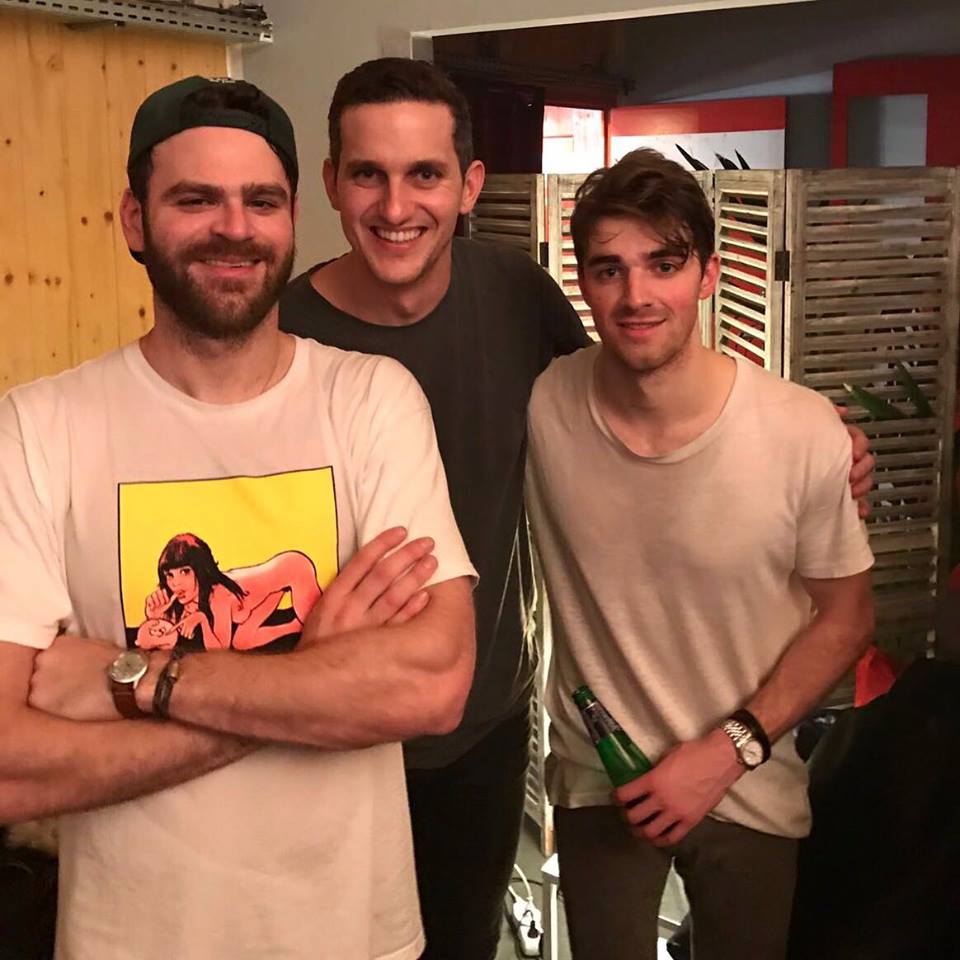 The Chainsmokers was formed in 2012 and is composed of Andrew Taggart and Alex Pall. Their debut studio album entitled Memories… Do Not Open was released in April 2017.

Ticket selling will be available for public on June 28. For more information, see the details below.

What: The Chainsmokers Memories… Do Not Open Asia Tour 2017