Gear up for another weekend full of nothing but the best in Filipino music as Alliance Française de Manille (AF), the Embassy of France to the Philippines, and the Tourism Promotions Board of the Philippines present the 23rd Fête de la Musique in Manila, done in partnership with B-Side Productions, happening on June 17, 23, and 24, 2017. 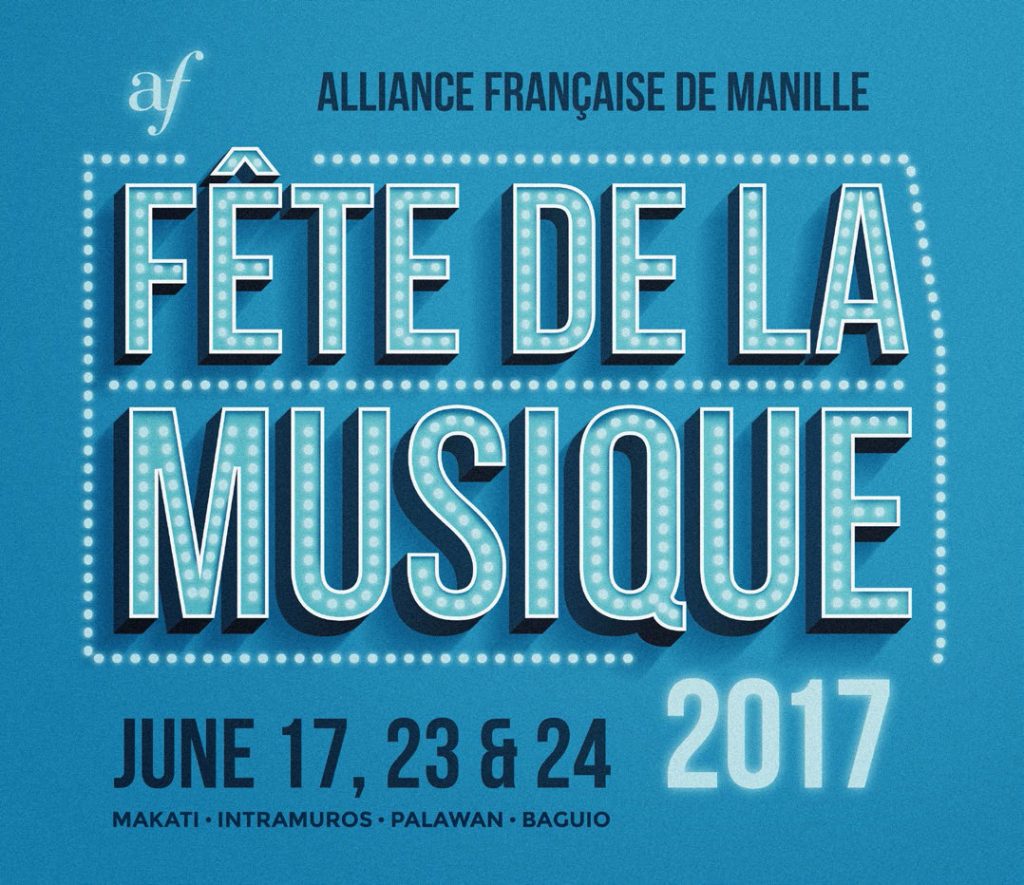 The 23rd Fête will be headlined by Kjwan, Ang Bandang Shirley, Taken by Cars, Apartel, Autotelic, Sud, Jensen and the Flips, and Mr. Joey Ayala. 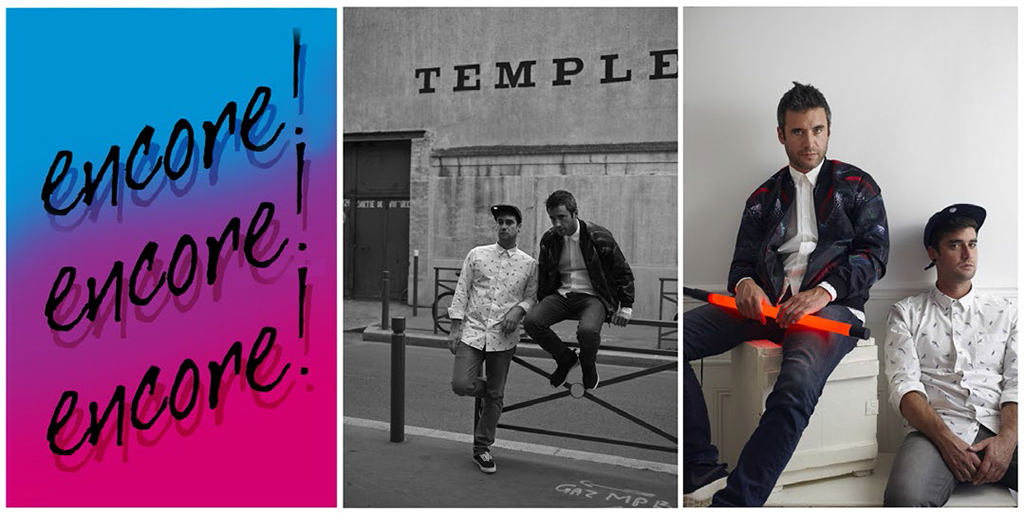 The event will also be graced by dynamic French electronic duo Encore!, who will be playing in Manila for the first time. Starting out as classically-trained musicians, brothers Baudouin and Guillaume will bring their explosive mix of Disco, House, and Rock to the Philippines on June 17 at the A-Venue stage in Makati. 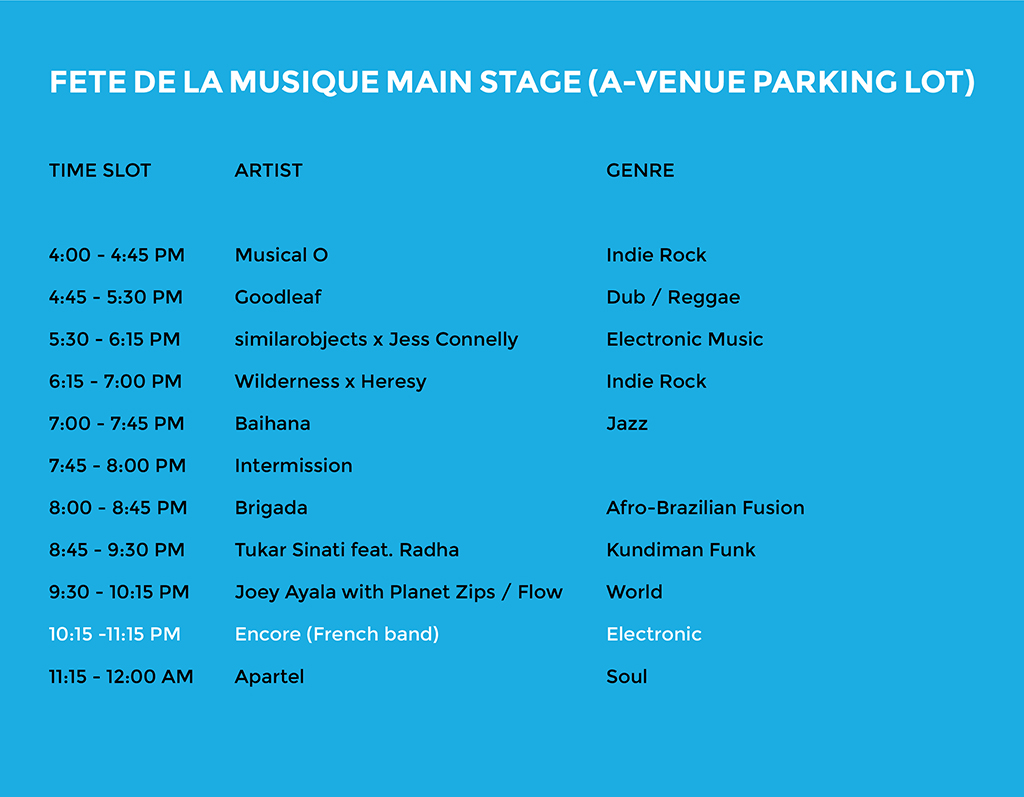 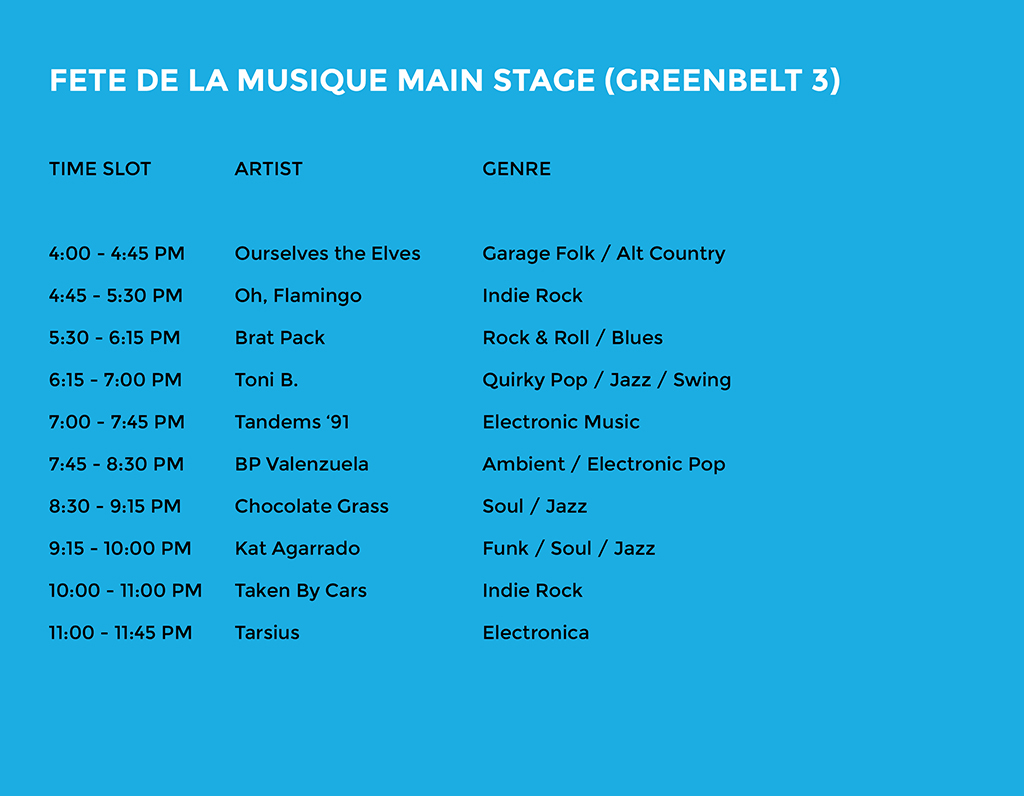 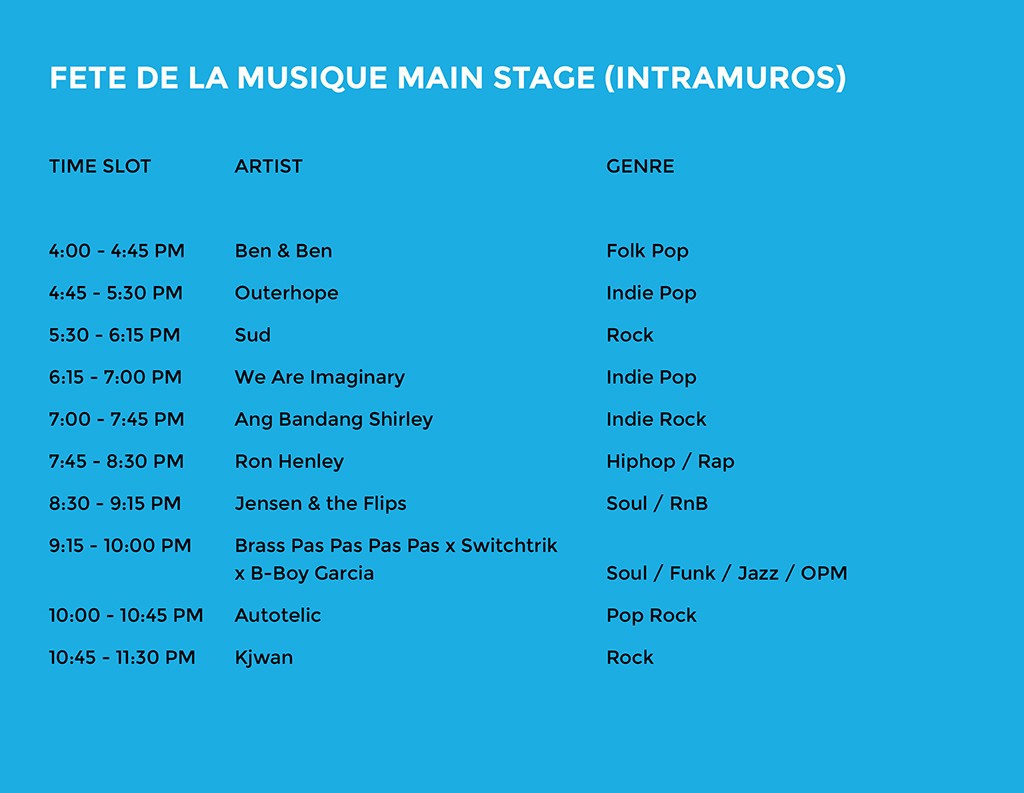 This year’s Fête de la Musique is a bit more special compared to the first editions as Fête will be venturing out of Manila for the first time! 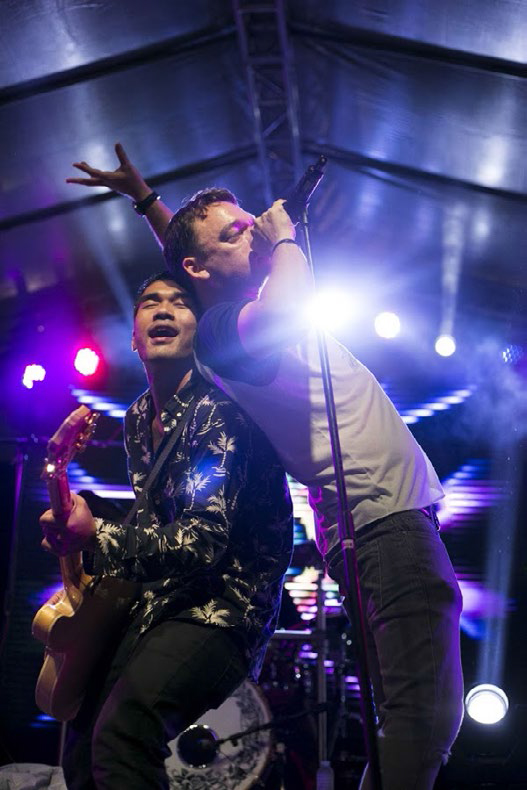 GET READY, PALAWAN AND BAGUIO! Fête de la Musique is coming to a concert stage near you!/IMAGE AF

If you’re ever in Palawan on June 24, make your way to Puerto Princesa City to catch the best Manila and Palawan-based bands such as Kjwan, Gin Rum and Truth, Bonifacio Republic, Black Wolf Gypsies, Hey Moonshine, and many more!

Palawan a bit too far south for you? Then head up north to Baguio City on June 24 for your dose of this year’s Fête!

The 23rd Fête de la Musique will take place on June 17, 23, and 24 in Makati, Intramuros, Baguio, and Palawan. All these performances are free of charge and are open to the public!

For more information, including Fête’s pocket stages, visit alliance.ph or drop by their social media accounts: fb.com/alliancefrancaisedemanille and @afmanille on Twitter.