Fans of the famed English alt-pop duo Oh Wonder, get ready to sing and move to their tunes as they will be coming back to perform at the SM Aura Premier’s Samsung Hall on July 21,2017. 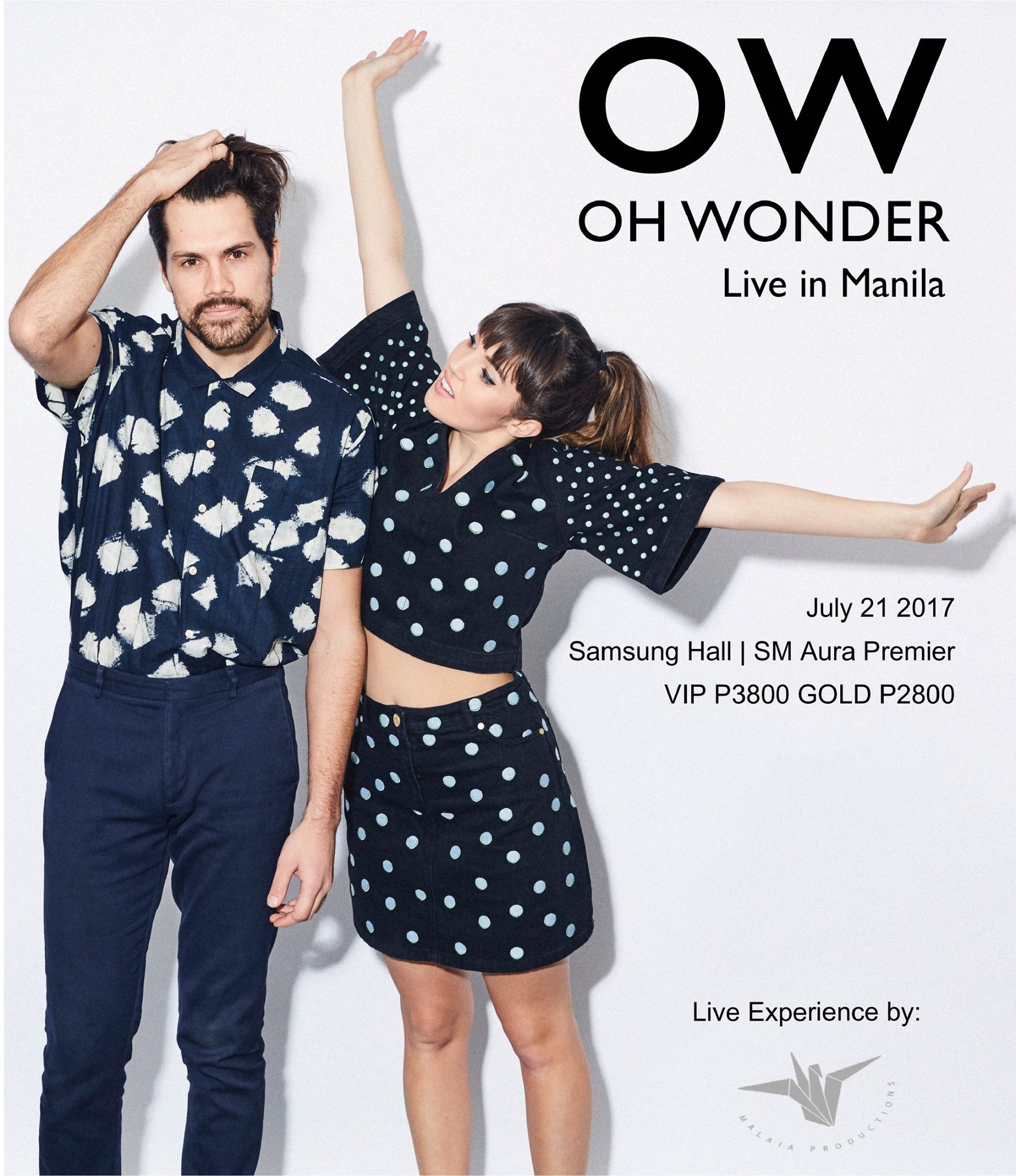 Oh Wonder, consist of Josephine Vander Gucht and Anthony West, last came to Manila in February of last year to play at the first GoodVybes Fest alongside acts like Passion Pit, Chvrches, Stars, and more.

The duo is famous for their songs including “Drive,” “Lose It,” and “Technicolour Beat.” Their debut album, Oh Wonder, was released in December 2015 and has climbed to the international charts. They are also set to release their second album, Ultralife, in June of this year.

For more information, you may visit Oh Wonder’s website.