Ever wanted to know more about the country’s most distinguished Filipino writer who wrote his works in English? Then head for the Cultural Center of the Philippines (CCP) tomorrow, May 4 at 1:00 pm, to celebrate the 100th birthday of the one and only Nick Joaquín. Oh, and did we mention it was free? 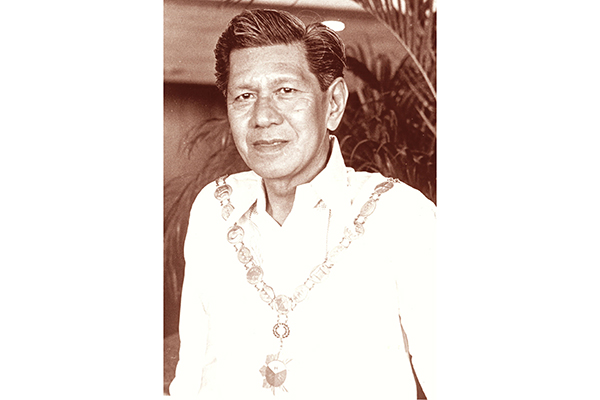 MOST DISTINGUISHED FILIPINO WRITER. His works may be in English, but his works talk more about the Philippines and Filipinos more.

Called “Nick Joaquín. He Lives.”, the celebration will see the esteemed National Artist for Literature featured in a number of ways: from viewing a feature film about Nick Joaquín to interpretations of his works, expect to have as much of Nick Joaquín as you will be able to handle.

Events to commemorate the National Artist will include the following:

Nick Joaquín was named National Artist of the Philippines in the field of literature in 1976, the highest recognition given by the state for an artist in the country. He was regarded by many as the most distinguished Filipino writer in English writing so variedly and so well about so many aspects of the Filipino.

Some of his biggest works include “The Woman Who Had Two Navels,” “A Portrait of the Artist as Filipino,” “Manila, My Manila: A History for the Young,” “The Ballad of the Five Battles,” “Rizal in Saga,” “Almanac for Manileños,” and “Cave and Shadows.”

Aside from his handling of language, National Artist for Literature Bienvenido Lumbera writes that Nick Joaquin’s significance in Philippine literature involves his exploration of the Philippine colonial past under Spain and his probing into the psychology of social changes as seen by the young, shown in some of his stories including “Doña Jeronima,” “Candido’s Apocalypse,” and “The Order of Melchizedek.”

He also enriched the English language with critics coining “Joaquinesque” to describe his baroque Spanish-flavored English and through his reinventions of English based on Filipinisms. He wrote plays, novels, poems, short stories, and essays including reportage and journalism. As a journalist, Nick Joaquin used the pseudonym Quijano de Manila.

This is a press release from the CCP Intertextual Division edited for posting.