If you’re not one who’s likely to spend your holidays and vacations lazing by the beach, but one who’d rather travel and see the country’s diverse culture, worry not because April’s a month for those who are into religion and tradition. Get your festive selves ready as we give you some of the events happening in various regions in the country this month. 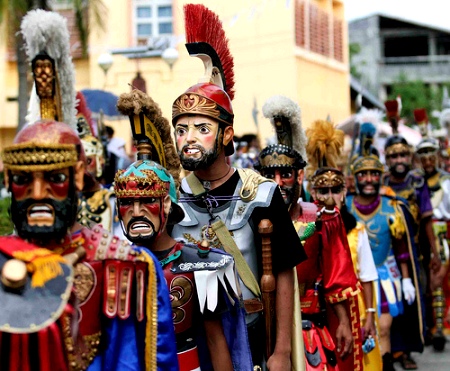 Moriones Festival is an annual event held in Marinduque during the Holy Week to celebrate its religion and culture. The word “Moriones” came from the word “mask” which is worn by the people who re-enact the life of St. Longinus, the half-blind centurion whose eyesight came back when he drove a spear on the side of Jesus’ body. Locals think of joining the festival as their “panata” or devotion, a way to show sacrifice and thanksgiving to God.

The festival runs for a week, and is defined by pompous and colourful celebrations where people go around from house to house, looking for the man who is acting to be the Roman Soldier, St. Longinus.

Via Crucis in Cebu City
Held every April 1st 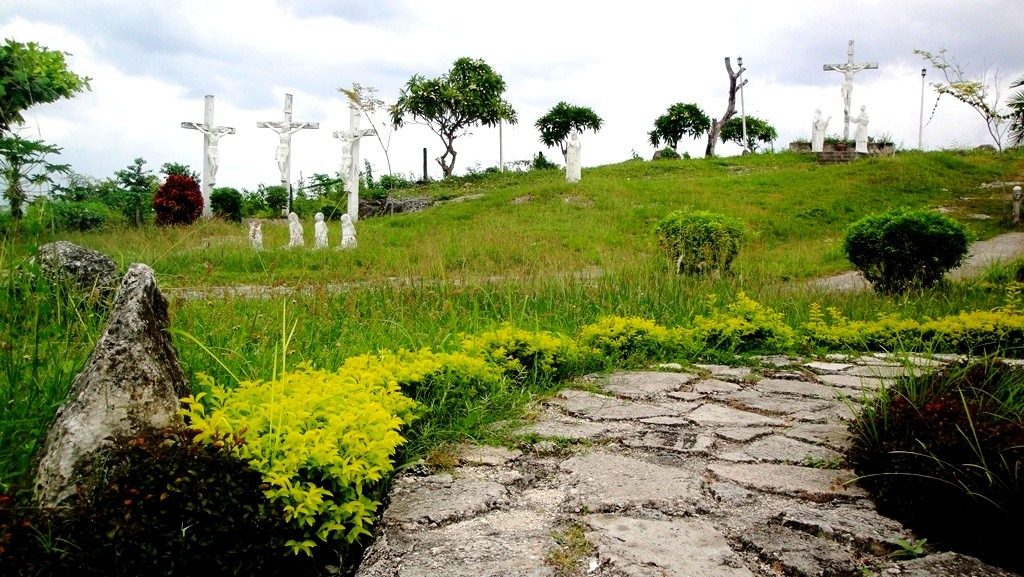 Via Crucis (or Way of the Cross) may also be referred to as Via Doloresa (The Way of Sorrows), and it is a tradition done by many on Good Friday to commemorate Jesus’ passion, carrying his cross to where he was crucified. Locals and tourists alike would usually traverse some of Cebu’s mountainous areas, similar to the hill Jesus walked along in his time of crucifixion, and stop by the Stations of the Cross where they pray and recall the sacrifices that He made.

Some of the places usually flocked by tourists are: Banawa Hills in Banawa, Cebu, Tabor Hill in Talamban, Cebu, and St. Benedict’s Monastery in Corte, Carmen, Cebu. 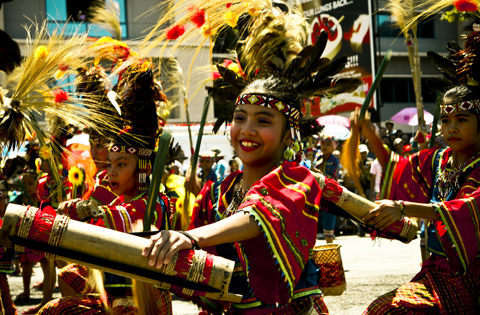 Celebrated during the Lenten Season, Pak’Kaat Kal’lo is the annual feast that celebrates the Manobo Tribe’s bountiful harvest. The word Manobo means “person” or “people,” and it was believed to have originated from the word “Mansuba” which is a combination of the word “man” (person) and “suba” (river).

Turumba Festival  in Pakil, Laguna
held 7 times each year between the months of April and May 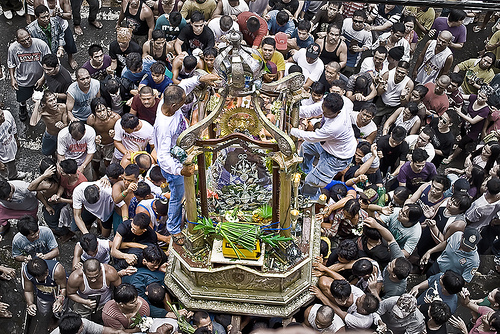 Held 7 times every year between April and May, the Turumba Festival commemorates the seven sorrows of the Blessed Virgin Mary through the seven novenas in between those months. It starts on the Friday before Palm Sunday and culminates with a dancing procession on Pentecost Sunday. The Turumba Festival is said to be the largest religious activity in the country, and thousands of devotees from nearby provinces flock to Pakil, Laguna to be a part of the fesitivity. 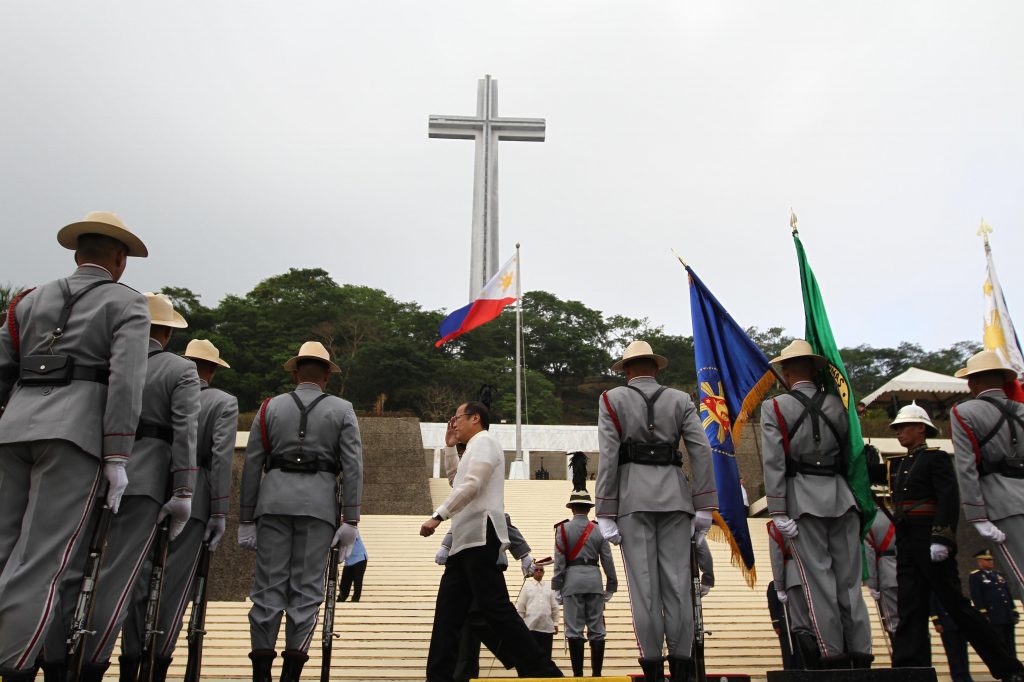 Celebrated not only in Bataan, but also in the whole country as a national holiday, Bataan Day is a day to honor the bravery of the Filipino and American soldiers during the Second World War. The president of the country, along with war veterans and province officials, would usually go to Bataan, particularly in the Dambana ng Kagitingan (Shrine of Valor) in Mount Samat to remember and commemorate the events of those days. This festival is also called the “Araw ng Kagitingan” or “Day of Valor”. 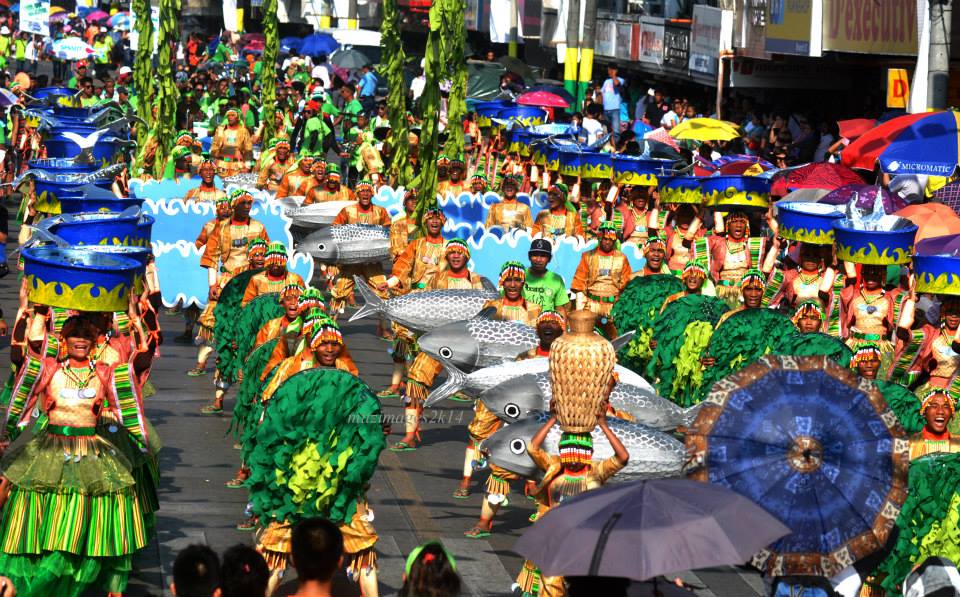 The Bangus Festival celebrates the bountiful harvest of bangus in Dagupan, Pangasinan. It is usually held on the 30th of April to the 1st of May, highlighted with parades and dances of locals in striking bangus-inspired outfits. The festival is also that time of the year where bangus growers and producers compete for the title of having the heaviest and the longest bangus in the province. Highlighting the skills of the Dagupenos are the Deboning-Competition, Bangus-Eating Competition, and the Cooking Competition, where the professionals and the non-professionals compete as to who gets to cook the most delicious dish.