For the second time around, pop-group hailing from Los Angeles —  The Tide is coming to Manila for a series of shows at Ayala Malls on March 31 and April 1. 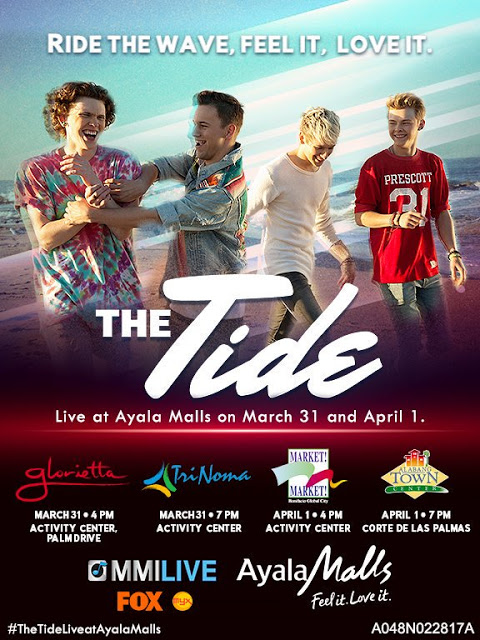 The band, composed of Austin Corini, Levi Jones, Drew Dirksen, and Nate Parker has already performed in front of their Filipino fans during the Trilogy concert with The Vamps and Before You Exit last February 2015 at the SM Mall of Asia Arena.

The Tide is currently signed under EMI Universal, and has been touring around the globe with The Vamps. Before rising to stardom, the band also did some covers on YouTube, and has now penned some original songs such as “Young Love” and “Click My Fingers”.