Powered by Ovation Productions, Liam Gallagher of Oasis will perform in Manila on August 14, 2017 at the Mall Of Asia Arena. 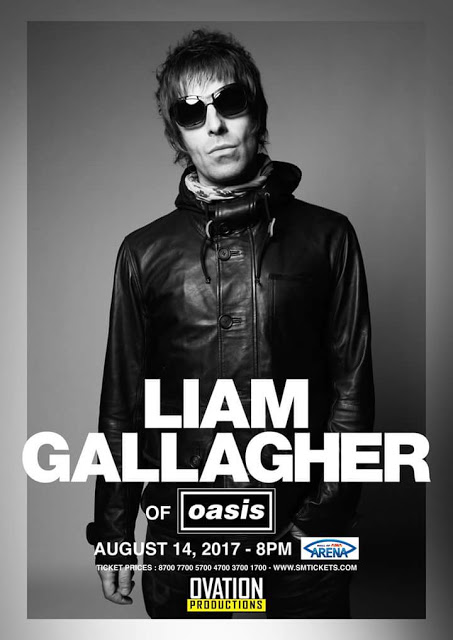 Led by brothers Liam and Noel Gallagher, Oasis is a five-piece band from Manchester known for their hit songs “Wonderwall”, “Live Forever”, “Lyla”, “Don’t Go Away”, “Slide Away”, and “Champagne Supernova.” The band’s third album, “Be Here Now” in 1997 set a new record as the fastest selling album in UK Chart history.

Event Details
What: Oasis frontman, Liam Gallagher in Manila on Aug. 14
When: August 14, 2017
Where: Mall Of Asia Arena, Pasay City