Get ready to rock your world and witness exciting performance from Charice Pempengco this March 24, at the Khia Theater. 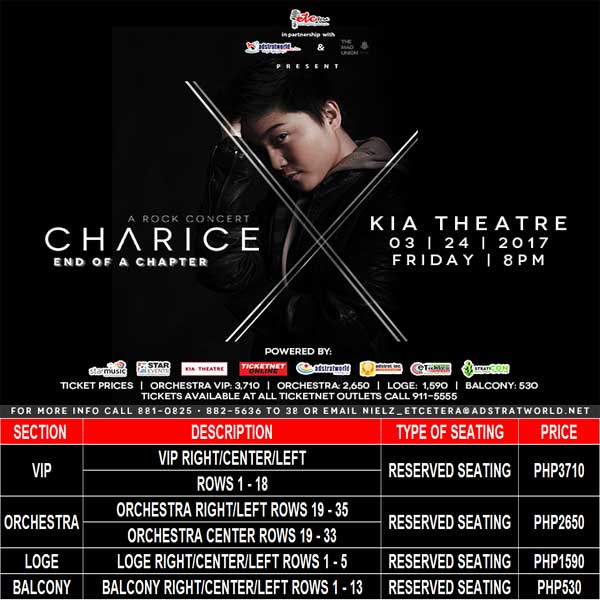 Dubbed by Oprah Winfrey as “the most talented girl in the world”, Charice Pempengco released her first international studio album Charice in 2010. Charice is also the first Asian solo singer in history to land in the Top 10 of the Billboard 200 albums chart.

Tickets are Now on Sale for Charice’s March 24, 2017 Rock Concert in Kia Theatre Manila. Get it at etix