One of the most sought after attractions in the United Kingdom is set to happen in the Philippines! Join “The British Festival” on February 24-26, 2017 at Bonifacio High Street in Taguig City. 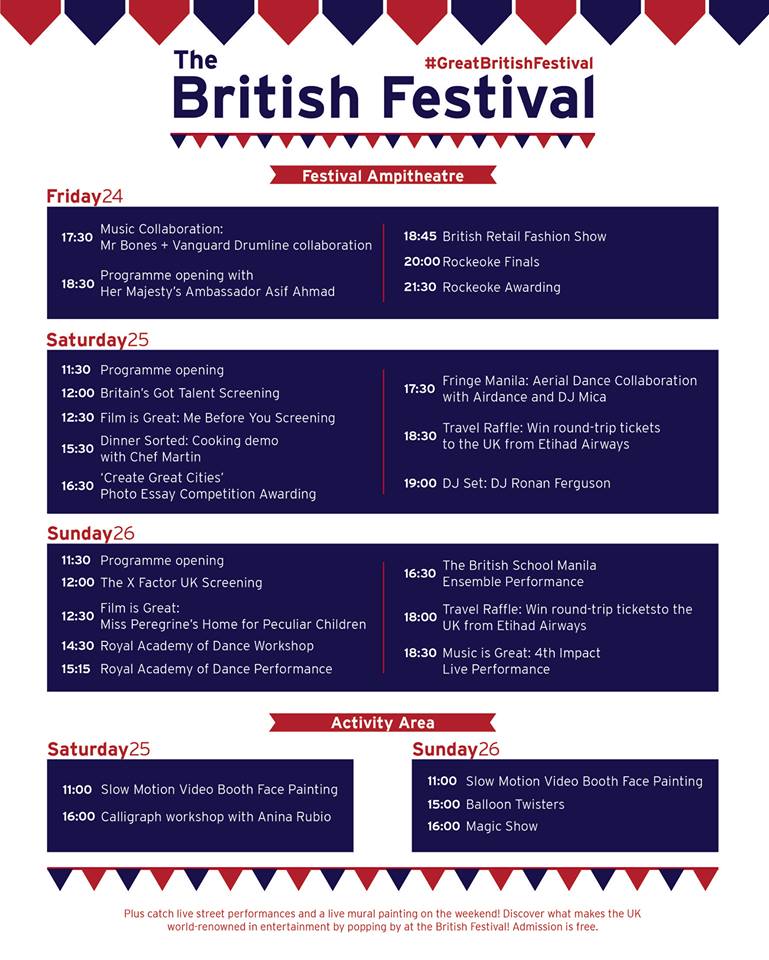 In this three-day event, attendees will enjoy one of a kind entertainment, sumptuous gastronomic delights, street artists’ performances, art workshops, car displays, and the very best of British fashion.

There are also freebies to be given away, and the biggest of all is the chance to win 6 roundtrip tickets to the UK via Etihad Airways.

Invite your friends now and all together celebrate the vibrancy and vitality of UK culture at “The British Festival” for FREE.

What: The British Festival