A year since their first sold-out show in Manila, Australian band 5 Seconds of Summer will be coming back to Manila for In the Mix  2017, and this time they will be bringing with them artists Daya, Zara Larsson, and more which are yet to be announced. Happening on August 17, 2017 at the Mall of Asia Arena, get yourselves ready for a night of nothing but good music and fun. 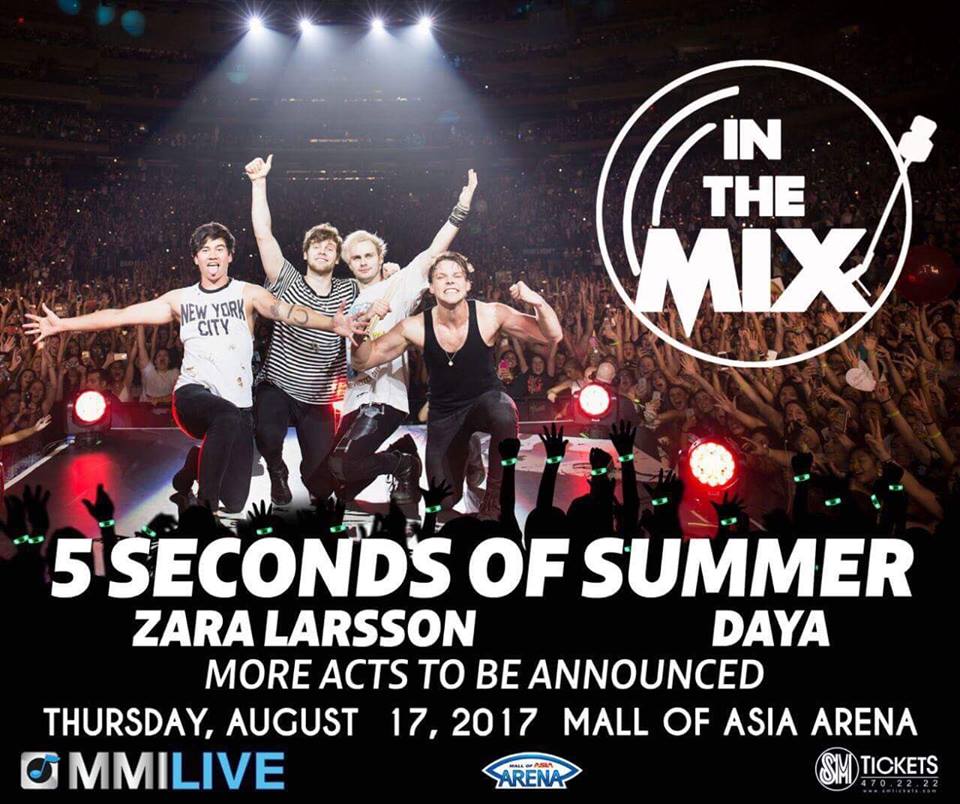 5 Seconds of Summer, composed of Luke Hemmings, Calum Hood, Michael Clifford, and Ashton Irwin, is famous for their hits which include: She Looks So Perfect, Jet Black She’s Kinda Hot, and Don’t Stop. They have already released two albums, and will be releasing their third by this year.

Daya is an 18-year old American singer known for her songs Sit Still, Look Pretty, Dare, and Back to Me. She recently bagged her first Grammy for Best Dance Recording for the song Don’t Let Me Down which is in collaboration with The Chainsmokers.

Zara Larsson, on the other hand, gained recognition in Talang, Sweden’s version of Got Talent. Her single Uncover topped the charts in Sweden, Denmark, and Norway. Some of her other singles include This One’s For You, which she did with David Guetta, and So Good which feature TY Dollar Sign’s vocals.

More acts, as well as the ticket prices, will be announced soon, so fans better stay tuned and updated through MMI’s social media accounts (Facebook | Twitter).

Where: SM Mall of Asia Arena

Tickets: To be announced